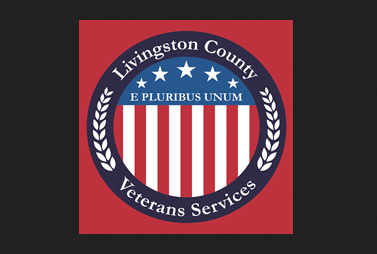 As a State Police investigation continues into a missing cash donation made to a Livingston County Veterans Services Committee member, a closer look at the committee’s dealings show a pattern of questionable payments and relationships that raise conflict of interest concerns.

The investigation began after a woman was unable to obtain documentation for a $400 check she wrote to a committee member in August. The woman also donated a set of vacuum cleaners and a lawnmower. In a September 12th letter sent to Livingston County Administrator Ken Hinton (posted below), a legal firm representing the woman indicated that the committee member who had received the check was Chairman Hansel Keene and that, further, Keene had directed the woman to make the check payable to him and that, “Mr. Keene represented himself as having the authority to solicit donations and cash checks on behalf of a county department.” A receipt dated September 17th (also posted below), signed by Keene and Administrative Specialist Susan Cassie, recognizes the vacuum cleaner donations, but nothing else.

When Keene was contacted about the receipt and his apparent role in the investigation, WHMI received a communication from another committee member, Kevin Nagle, stating that he was representing Keene in the matter. Nagle is an attorney with a practice in Brighton. WHMI followed up by asking Nagle about the ethical implications of one committee member providing legal representation to another member while that committee is facing a police investigation. Nagle was also asked about seven disbursements made from the Veterans Services Relief Fund to either himself or his law firm between May of 2016 and February of 2017 totaling $4,900. The payments were discovered after WHMI made a Freedom of Information Act request. While the payments were ostensibly for veteran-related legal representation, they raise questions about the propriety of a committee member receiving payments approved by a committee that he sits on. WHMI has yet to receive a response from Mr. Nagle on either issue. In fact, county policy prohibits the use of county facilities for the referral of customers or clients and that employees and volunteers should, “Not cause any incompatibility, conflict of interest, or any possible appearance of conflict of interest, or any impairment of the independent and impartial performance of employee’s duties.”

When asked about the payments, Ken Hinton told WHMI that while the general approval process for an expenditure requires department head approval and approval by the Board of Commissioners, “Expenditures for indigent veterans relief are a little different” and that, “Essentially, the Committee is charged with the nature and amount of relief provided for individual indigent veterans while subject to the overall appropriation of the Board of Commissioners. The review process is still followed to assure accuracy and conformity with budget and process.” Hinton declined to comment on the letter from the donor’s lawyer indicating Keene was the committee member under investigation.

The workings of the Veterans Services Committee came under scrutiny after the firing of Director Adam Smiddy in August. Smiddy claims his dismissal by the committee was in retaliation for his insistence that the complaint filed by the donor be fully and properly investigated and that a full accounting be made. That was followed in September when Keene told county commissioners at a meeting that the committee only had a balance of $80,000 at the end of the fiscal year. Livingston County Democrats then issued a release saying that there was actually more than a million dollars in available funding and questioned why the committee had failed to initiate any new programs since the veterans millage was passed in 2016.

The Chair of the county Democrats, Judy Daubenmier, called the situation a “disgrace,” telling WHMI that, “this money should be going to veterans and not to line the pockets of some committee members, but that’s not what’s happening here and unfortunately I think our Livingston County commissioners have been derelict in their duty while overseeing this committee where there has been an alleged embezzlement and spending that appears to be conflicts of interest.” She called for a new process to oversee the committee. “You can’t have a situation where the commissioners don’t review the expenditures by an agency and then that agency can fire the person who notices that something is wrong.” When Smiddy was contacted for his comment on the story, he told WHMI, “While the Director I only sought to run the department in a way to preserve public trust in our services and that I went to great lengths to do so.” (JK)