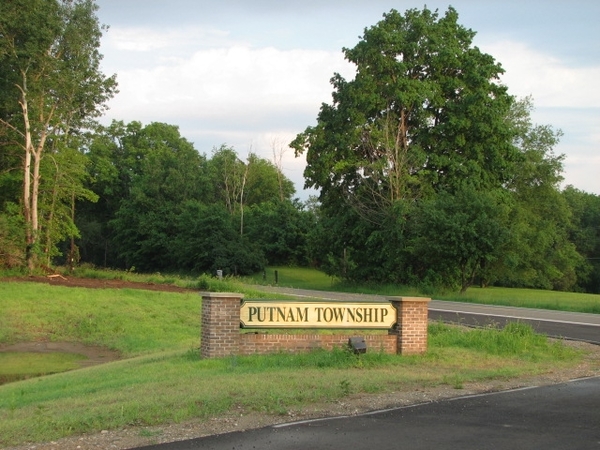 Putnam Township officials met with residents and the Livingston County Road Commission to address the state of many of the community’s failing roads.

LCRC Managing Director Steve Wasylk and County Highway Engineer Jodie Tedesco joined the special meeting of the Putnam Township Board of Trustees, Wednesday night. The first half of the meeting was spent discussing potential partnering projects between the Road Commission and the township.

Trustee Tom Chambers shared pictures of Farley Road and Kingston in terrible shape. Trustee Norm Klein said he would prefer to use limestone instead of gravel, where applicable. Putnam Supervisor Dennis Brennan said they are asking the road commission to come back with estimates, and then they will tackle how to prioritize and proceed. He said they don’t have money in the budget to get them all done at this time, and will have to look at doing them one at a time, or saving for one major project. Brennan said they could ask residents about the idea of road millage similar to the one neighboring Hamburg Township has, but also said he believes that to be a long shot in their community.

Later in the evening, the Board and Road Commission had an informal meeting with residents of two neighborhoods interested in improving their streets, through special assessment districts. First were Nita Road residents, who are facing issues with drainage coming off of a road that is in many places higher than driveways and homes. They were given an estimate of $120,000 to 150,000 for 3.5-inches of asphalt. The Board offered to work with them in establishing a special assessment district for the work, but wanted to see a convincing number of homeowner signatures, 75%, on a petition to be approved by their lawyer.

Residents of Arthur Court and Earl, also came in for an early idea of what it might cost to fix their roads. Tedesco had 3 estimates, ranging from $250,000 for a cape seal, to $450,000 for a 2-inch overlay, to $725,000 for crushing and repaving. These numbers, however, took in consideration the work being done on a couple neighboring streets, like Camelot, as well. While stating certainty of approval from homeowners on their roads, couldn’t speak for residents on the others. (MK)