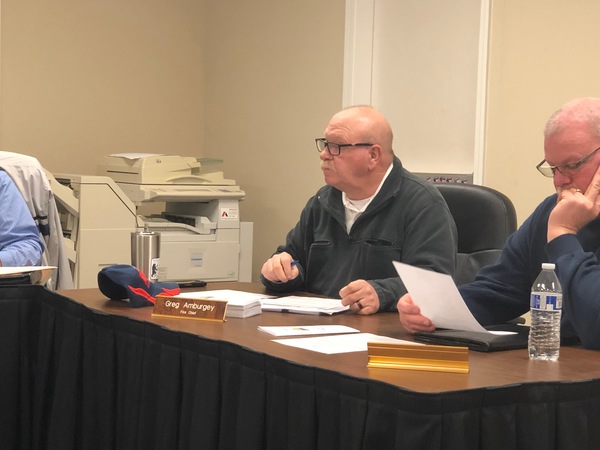 A third generation chief in the department, Amburgey will be leaving the post that both his grandfather and father held before him on July 12th. He will leave approximately a year-and-a-half on his contract. He said it’s been a great ride, and that he and his wife will moving out of the area to a place they own up north.

The Chief provided the Board of Trustees with a draft of what could be the posting for his spot, but officials during Wednesday’s Board meeting expressed an interest in looking at beginning the search internally from within the department, first. Amburgey said there are 3 within the department that he expects to apply, and that all 3 would be good candidates. He said the the fireman around a chief can “make you or break you and I’ve been overwhelmed how good it’s been for me, so I hope the firemen support the chief that comes in here.”

A committee of 3 out-of-town Fire Chiefs will interview the candidates and give recommendations to the Board. If at any point the Board chooses, they may post for the position online. Amburgey said if they do that they can expect to get 30 resumes. Trustee Norm Klien said he’d think they’d strongly want to consider those who work for the department and township already, as there is a culture they would like to maintain. (MK)