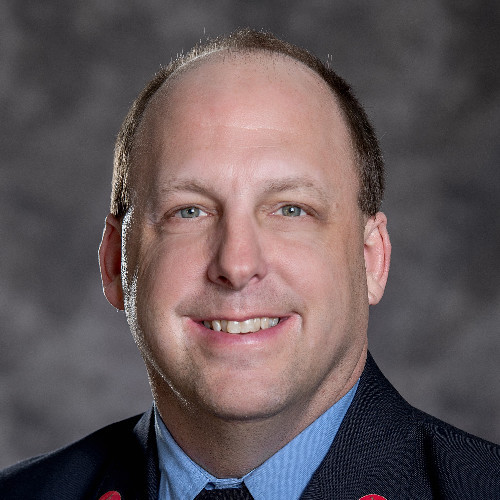 A new fire chief has been selected for Putnam Township’s fire department.

The township began the process of finding a new chief in February. A small committee, consisting of the former fire chief of Hamburg Township, Putnam Township Treasurer Pat Carney and Putnam Township Supervisor Dennis Brennan, narrowed the pool of 17 candidates down to eight. An independent panel comprised of individuals who did not have ties to the township but have expertise in fire service then selected two candidates from the eight remaining applicants.

At the township’s Board of Trustees meeting Wednesday, a recommendation was made to appoint Curt Ruf to the position of fire chief. A resolution to do so received unanimous support from board members. Ruf is currently a captain with the Brighton Area Fire Authority and has worked at that department for 19 years; 16 of which he served as a full-time shift supervisor.

Brennan says Ruf was chosen to fill the position because of his experience, background and commitment to learning about Putnam Township. He adds, “What impressed us most I think was he did a lot of research about Putnam Township and he did it all on his own. He got our budget figures from our website and he saw what the township budget was, what the fire budget was. He talked to people at the village, he talked to people in law enforcement...he knew he’d be facing a culture clash what he has in Brighton and what he’s going to be facing here. Without prompting he told us how he was going to overcome that culture clash.”

Brennan says before Ruf was officially offered the position, current Fire Chief Greg Amburgey met with Ruf for a couple of hours. Brennan says afterward, Amburgey immediately told him they need to do whatever it takes to bring Ruf on board. Amburgey is retiring in July with plans for him and his wife to move up north. Ruf says he knows he has big shoes to fill but is looking forward to him and his family being a part of the Putnam Township community. Ruf says, “It’s good to have support from not only your community but your government officials. It’s a beautiful area….this area continues to grow and offers a lot for a nice family so that’s why I wanted to serve and be a part of the community.”

Ruf’s contract is still being worked out; however Brennan says the goal is to have it figured out by the time Ruf is sworn in at the board’s May 15th meeting. (DK)