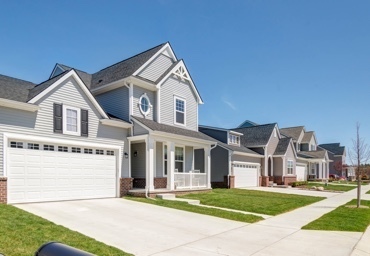 The company that has plans to construct an 85-unit townhouse development in Brighton called Brighton Square hopes to start construction as early as this summer.

Robertson Brothers Homes of Bloomfield Hills is the developer of a 5.5-acre property owned by John Conely at Flint Road and Temple St. on Brighton’s east side, near Ore Creek. The Brighton Planning Commission unanimously approved the Planned Unit Development site plan at its meeting Monday night.

Tim Loughrin tells WHMI that they plan to construct the development in two phases, but according to market demand, and not all at once. Planning Commission Chair Matt Smith says he doesn’t foresee any problems in the development getting final PUD site plan approval from the City Council.

According to Smith, if final approval is received, and sales are brisk, he expects phase one will be largely completed sometime in the spring of next year. The project needs to go before City Council on May 16th for rezoning and final PUD site plan approval. Loughrin says the company plans to invest about $20 million in the development. (TT)