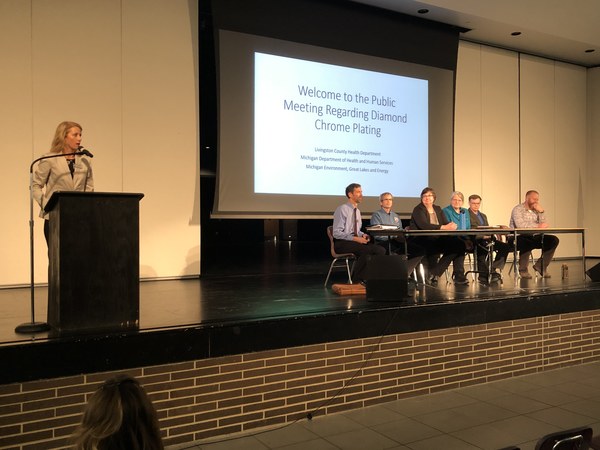 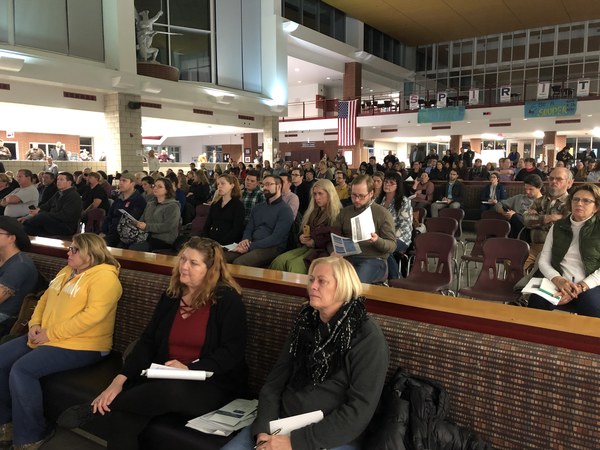 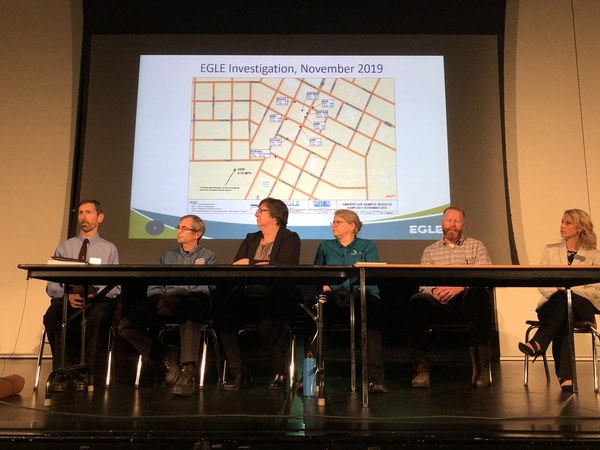 A public meeting was held in Howell to answer resident’s questions on the investigation of a chemical found in the air emanating from a local facility.

On Tuesday, Diamond Chrome Plating (DCP) in Howell was ordered to shut down a degreaser suspected to be causing elevated levels of trichloroethylene, or TCE, which was suspected to be being released in the air around their location at 604 S. Michigan Avenue. Thursday night representatives from the Livingston County Health Department, the Michigan Department of Health and Human Services, the Environmental Protection Agency, and the Michigan Department of Environment, Great Lakes, and Energy held an informational meeting for the public at Parker Middle School.

They announced good news in finding their first test results following the shut down saying the amount of TCE in the air has drastically decreased. They placed 19 canisters around the affected area following the Tuesday shutdown and got the results Thursday afternoon. 10 came back non-detect, 9 came back with low, acceptable amounts. More were placed Wednesday with those results coming in soon.

The panel spent nearly 2 hours answering questions as best they could. Several residents were concerned about the chemical getting into their drinking water. LCHD Director of Environmental Health Matt Bolang said the water is clean and this isn’t an issue as residents in the affected area are all on municipal water and any wells in the city are tested regularly. Others wanted to know about the process used to make sure this doesn’t happen again. Recognizing at some point DCP will have to turn the degreaser back on, officials said they have a more robust set of conditions they will have to show they can meet. They will also be subject to more frequent unannounced visits from Air Inspectors.

The panel still admitted to a lot of unknowns, particularly around the history of TCE emissions and violations at the site, leaving some residents frustrated, believing there are still too many questions that need answering. Another resident, aware of previous violations committed by DCP wanted more than done than simply giving them more fines, stating that that isn’t helping the community they are harming.

Exposure to TCE does not mean someone will necessarily have health issues no or in the future from it. A person’s risk of developing effects depends on how much of the chemical they breathe, how long they breathe it, and how their body reacts to it. Most people excrete the chemical in 1-2 days, according to Thursday’s panel. Officials at the panel said that developing fetuses in pregnant women are the most likely to be affected. Anyone who suspects that they or their child may be suffering from its effects are encouraged by officials to check with their doctor.

Following the meeting, Bolang was asked by WHMI about what people should know about TCE in the area. He said “that right now they need to know the threat has been reduced. There are no longer any levels of TCE that are a health concern. State agencies are continuing to monitor the situation. Additional air sampling will be taken and actions to ensure future emissions don’t leave the plant and that Diamond Chrome complies with those actions through the state agencies.”

The state has set up a website that will be continuously updated with test results as they become available along with additional information and frequently asked questions. That link is below. (MK)