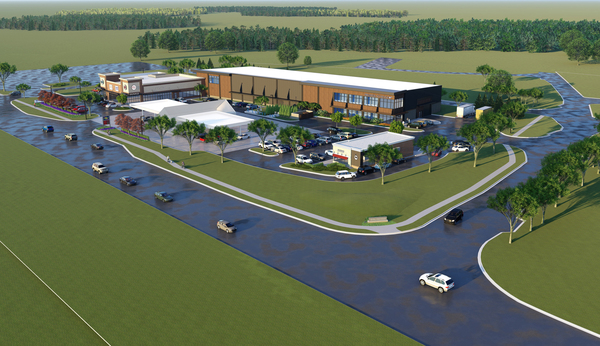 
The Genoa Township Board met virtually Monday night and conducted the first reading of a proposed rezoning ordinance for a redevelopment project.

The proposed rezoning request is from office service district to general commercial district with a Redevelopment Planned Unit Development or RD-PUD overlay. The six parcels are on the northwest corner of Grand River and Lawson Drive on 5.12 acres. The site currently contains a Sunoco gas station, which is expected to remain, while two non-residential buildings would be demolished. The Premier Genoa project would include climate-controlled indoor self-storage space, retail space, flexible office space, and space for new food-based retail. The request is petitioned by BMH Realty LLC.

There was no discussion among board members about the request. One of the issues earlier identified during conceptual reviews were storm water management on the site. Zoning was another issue as indoor/climate controlled self-storage space was a land use not currently included in the township zoning ordinance.

A second reading of the rezoning ordinance, public hearing and consideration for adoption has been scheduled for the board’s next meeting on Monday, July 6th.