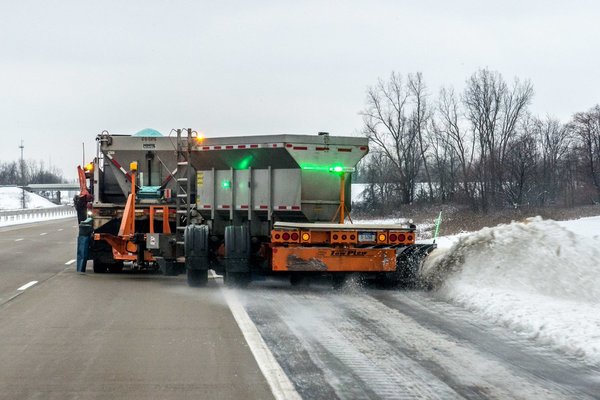 
Livingston County residents have the opportunity to help name the state’s snow plows.

The Michigan Department of Transportation has launched a fun initiative that is said to help humanize a very mechanical operation. The public is encouraged to submit names for plows, which are then displayed on the MI Drive interactive online map. It started out with as a few dozen plows in Southwest Region being named on the map so people could get a general idea of how it works. When someone visits the site and activates the snowplow tracker, they can hover their mouse over the snow plow icons and a banner will pop up with the name and picture of the truck - providing a live view through a plow camera and a description if it is plowing or salting.

MDOT Spokesman Nick Schirripa tells WHMI people have been very receptive and love the idea. He says they don’t have too many rules in place and just ask that people keep suggestions family friendly and “G” rated. No famous names or characters, actors, songs or movie titles are permitted for copyright reasons but Schirripa says certainly plays on famous things and satire are welcome. He says as of Monday, MDOT had more than 12,600 names submitted in just under three weeks.

Since it is a new initiative, nothing is set in stone but Schirripa says their sort of aiming to have all 332 plows named by next winter throughout MDOT’s seven regions on the MI Drive site.

Schirripa says the concept is to wait until winter dies down and suggestions start to slow before compiling a master list of names. He says that will be divided up into the seven regions by county and the lists will be handed off to the actual plow drivers and supervisors to let them pick the name for their plows. Schirripa noted that what started out as a fun idea to engage the public quickly turned into an initiative that helps engage the public on a deeper level than just a name on a plow. He says it humanizes something that isn’t just a machine on the road but a real person behind the wheel who is putting their own safety at risk for the benefit of thousands of others.

Those interested can send their suggested plow name and the county where want to see the plow named to Plowy McPlowface, Kid Rock Salt, Darth Blader, Plowthagorean Theorem and Sir-Salts-A-Lot are just some of the fun names that have been selected for the Michigan Department of Transportation’s snowplows.

Those interested can send their suggested plow name and the county where want to see the plow named to www.Michigan.gov/nameMIsnowplow. The link is provided.

Schirripa will be a guest this Sunday at 8:30am on WHMI's Viewpoint to further discuss the program.