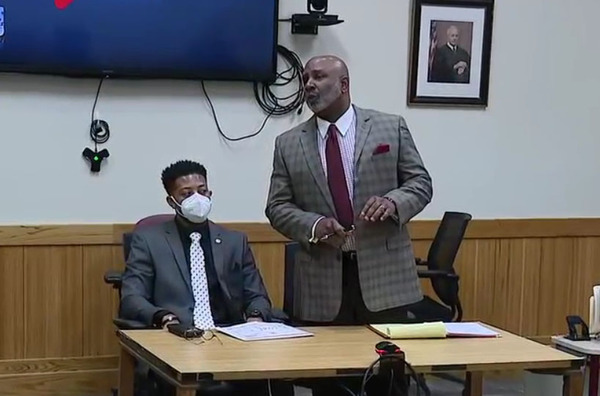 
A state lawmaker arrested earlier this year near Fowlerville will head to trial in 2022 on the various felony charges he faces.

Democratic State Rep. Jewell Jones of Inkster was back in front of Livingston County Circuit Court Judge Michael Hatty for a pre-trial hearing, a week after the judge denied a defense motion to dismiss the charges.

In court Friday, Chief Assistant Prosecutor Carolyn Henry made clear that previous plea deals that had been offered to Jones have now expired and they are prepared to go to trial.

Authorities say Jones was the driver of an SUV that had gone off the road April 6th and ended up in a ditch along I-96. Testimony from first responders stated that the 26-year-old lawmaker appeared to be intoxicated and was combative both with paramedics and then Michigan State Police troopers who responded to the scene.

He was subsequently charged with operating while intoxicated, operating a vehicle with a high blood alcohol content, resisting and obstructing a police officer, possession of a weapon while under the influence of alcohol, and reckless driving.

Jones also faces felony charges related to the discovery of a handcuff key taped to his foot as he was being booked into the Livingston County Jail on a parole violation.