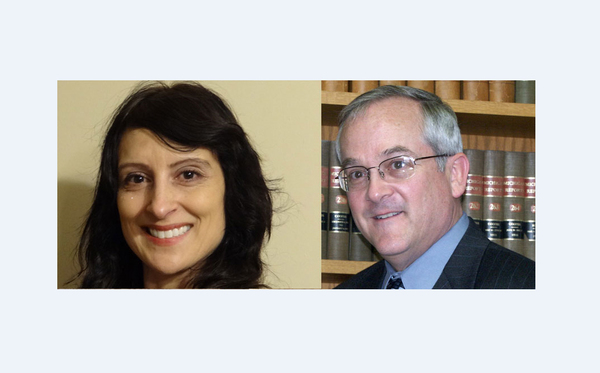 
Both candidates vying to become the next Livingston County prosecutor are continuing to tout their different experience ahead of the upcoming election.

Democrat Ragan Lake and Republican David Reader will face off in the November General Election. Lake lives in Hamburg Township and currently serves as an Assistant Prosecutor for Wayne County. Reader resides in Howell and is the former Chief Judge of Livingston County. In an interview Sunday on WHMI’s Viewpoint, Lake said Reader lacks the understanding about the prosecutor’s role in the criminal justice system and claimed that as a judge he hadn’t handled a criminal case since 2013. She also questioned his temperament following a social media post earlier this year in which Reader called for charges to be filed in a high-profile case despite a police investigation not being completed.

In response, Reader issued a press release calling Lake’s statements “unsupported allegations” and detailing his background in criminal law, saying that he had handled more jury trials in his first two years as a judge than most judges would handle in ten years. He added that while he had switched his judicial docket mostly to family court in 2014, he continued to handle criminal cases through the juvenile court docket. He also pointed to the 2014 trial of a freeway shooter which he oversaw, and says he was complimented on by the lead attorney from the Michigan Attorney General’s Office, as well as his appointment by the Chief Judge of the Court of Appeals to handle the multi-county Grand Jury that resulted in murder charges in the deadly fungal meningitis scandal. He added that it was “rather self-serving” of Lake to say that only assistant prosecutors should be elected county prosecutor and reiterated his administrative experience as Chief Judge. Reader concluded by saying he looked forward to advancing the success of the multiple specialty courts in Livingston County. "These programs were, for the most part, developed and enlarged under my leadership, with minimal help from the current prosecutor. These programs save lives and families; and I will be their champion as the next Livingston County Prosecutor."

But Lake counters that hearing a criminal case as a judge just isn’t the same as trying the case as a prosecutor, saying, “Your family practitioner may be the best physician in general practice in the country, but you still wouldn’t want him to perform your heart surgery.” She stated that if Reader was really interested in learning the prosecutor’s job in the year since he retired from his judgeship, he could have worked or volunteered with a prosecutor’s office and gained the necessary experience but chose not to. Lake pointed out that rather than presiding over the double murder trial of Jerome Kowalski, it was David Reader himself who appointed disgraced ex-judge Theresa Brennan to oversee it. Lake noted that despite Reader “hammering” current Prosecutor William Vailliencourt for endorsing her, he endorsed Theresa Brennan as well. Reader defeated Vailliencourt in the August primary. Moreover, in a move that Lake called “rather questionable”, Reader appointed a special prosecutor to handle an inquiry into Brennan’s conduct then and within days recused himself from hearing the case, citing a conflict of interest. Lake said that conflicts do not “magically” appear. If the conflict existed after he appointed the special prosecutor - it was present when he appointed the special prosecutor, meaning he should never have made the appointment to begin with and notes that then-Chief Judge Miriam Cavanaugh later vacated the appointment for that very reason.

Lake and Reader are scheduled to debate at the League of Women’s Voter Forum on Monday, September 21st. The full releases issued by Reader and Lake can be viewed below. A request to Reader for an interview has so far not been returned.