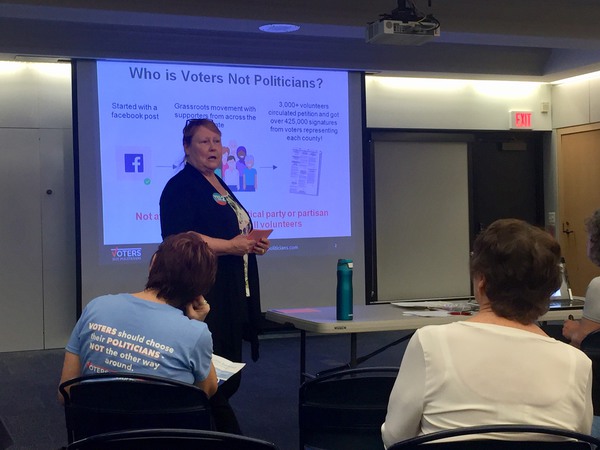 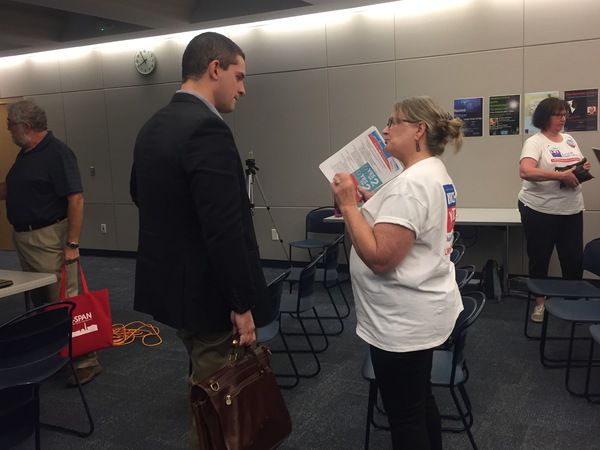 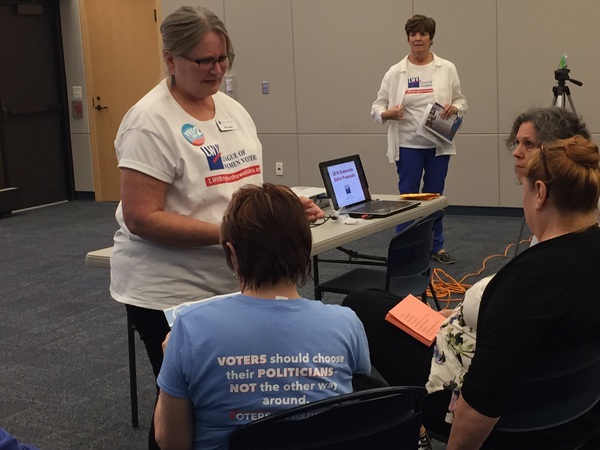 An event held by a nonpartisan voters group provided information on the three statewide proposals that will appear on the ballot in next month’s election.

The League of Women Voters (LWV) Brighton/Howell unit led the “What’s On Your Ballot?” session at the Howell Carnegie Library Tuesday. Susan P. Smith, President of the Lansing-area LWV, first discussed the basics for each of the 2018 state ballot proposals. Those proposals are Proposal 1: the Marijuana Legalization Initiative, which would legalize the personal use of marijuana; Proposal 2: the Independent Citizens Redistricting Commission Initiative, and Proposal 3: the Promote the Vote Initiative. In addition to providing the basics on each proposal, individuals from organizations supporting Proposals 2 and 3 went into depth about what their respective organizations believe to be the pros of each initiative.

Anne Levy from Voters Not Politicians further explained Proposal 2, which would transfer the responsibility of re-drawing legislative districts from the legislature to a non-partisan citizen’s commission. While Michigan is said to have Republican-controlled districts, Levy cited Maryland as an example of a state with districts controlled by Democrats, pointing out that this issue affects both sides of the political aisle. She says officials have rigged the system through gerrymandering and "packing", which is packing certain voters into one district.

The Michigan Chamber of Commerce is among the groups that oppose Proposal 2. The Chamber says it would place an inordinate amount of power in the hands of a partisan Secretary of State, rewrite Michigan’s constitution and change the foundation of the state governing structure.

Eli Savit on behalf of Promote the Vote then provided information on Proposal 3, which would amend the constitution to implement a variety of voting related reforms, including straight party voting, requiring audits for election results and no-reason absentee voting. He says the guiding principal is democracy is stronger when more people are able to participate in it and that the proposal would remove some perceived barriers in the voting process. Savit says in 2016, there were 92 million eligible voters in the United States who decided not to participate in the presidential election. Opposing organization Protect My Vote says Proposal 3 misleads voters about its true purpose, though it’s unclear what they believe its true purpose is.

While supporting groups attended Tuesday’s meeting for Proposal 2 and 3, there were no advocates in attendance to speak about the Marijuana Legalization Initiative. (DK)