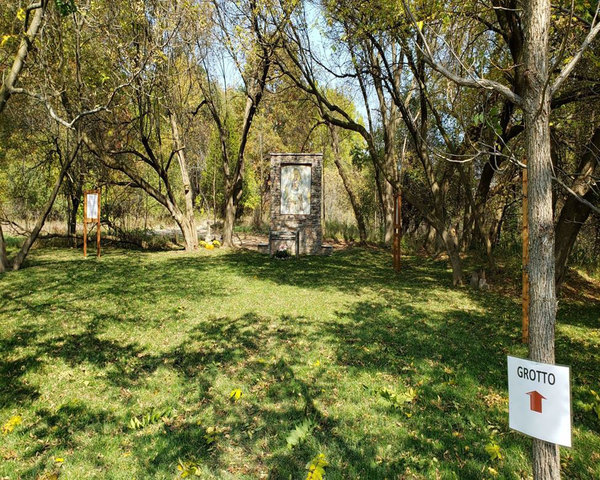 
Despite objections from dozens of residents, plans for a proposed religious chapel and sanctuary space in Genoa Township are moving forward.

The township's Planning Commission met virtually Monday night and held a second public hearing on plans from Missouri-based Catholic Healthcare International for a 6,090-square-foot church with associated drives and parking on a site totaling approximately 40 acres at 3280 Chilson Road, south of Crooked Lake Road. A driveway with a loop road and two parking lots are also included. An application states the only building being proposed is being placed significantly off of Chilson Road and the driveway would meander around trees to preserve the site’s natural beauty and thus maintain the appearance from Chilson Road. The remainder of the site, which contains rolling topography with wetlands and woodlands, would be used for outdoor features such as an outdoor Stations of the Cross walkway, natural nature trail, and grotto or outdoor wall mural. It’s currently zoned agriculture/country estates.

A special use application, environmental impact assessment, and site plan were all recommended for approval. It was noted by some commissioners that property owners have rights and most everything requested to be addressed following the last meeting has been done with the applicants "jumping through a lot of hoops." Others felt the use didn’t mesh with the township master plan. Commissioners Marianne McCreary and Glynis McBain were opposed to all three motions and raised issues about the master plan. Commissioner Eric Rauch was opposed to the special use and expressed concerns about the current zoning, saying he was uneasy about compatibility with the surrounding area.

Approximately 35 people attended the nearly four-hour virtual meeting. Neighbors have voiced strong opposition to the project, and more than 200 signatures were submitted via a petition. While only one person spoke in support of the project, most residents raised various concerns about the use not being consistent with the current zoning and general rural character of the area. Some said they were concerned the site will draw thousands of “pilgrims” and increased traffic. Residents have also been skeptical about ulterior motives on the part of the applicants and that there are actually larger plans for a medical hospital – which developers have repeatedly denied and assured was not the case.

C.H.I Director Jere Palazzolo clarified that the grotto is not a cave but a wall mural with a picture, thus is not an international pilgrim site, adding that they made two errors with terminology in the beginning. He said they referred to a wall mural as a grotto and it stuck, adding further that a pilgrim is defined as one person who comes to pray. Palazzolo said they are not advertising to get busloads of pilgrims and there is no conspiracy to build a large hospital or medical facility on-site, which can’t be done as there is no access to sewer or water services. A written statement of intentions was also provided for residents.

Commissioner Jim Mortenson commented that the property owner has rights and it doesn’t matter how, when, or where they got the property – adding they have the same rights as anyone else and longevity of ownership has nothing to do with it. He noted that under the current ordinance, a church is a special land use in every residential zoning district. Mortenson said it’s a low-volume use with no drain on public services or demands on police and fire and no effect on schools. He said the applicants have a right to use their property and questioned where is a church ever compatible with any area – adding he thought they went overboard to make an operations plan that is sensitive to the neighbors.

In approving the special use, one stipulation was that an operations plan be attached as revised and indicate that a church bell cannot be used before any 9am masses and that events and the use of the property do not exceed the proposed 39 parking spaces provided.

The request now goes before the township board, which will have the final say.

More information is available in the Planning Commission meeting packet, which is posted below.