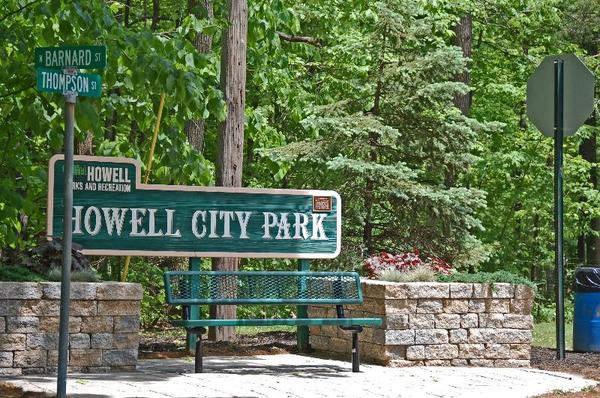 A request to rename Howell City Park in honor of a family that has made countless contributions to the community is being considered.

A large group of community members and officials attended Monday night’s Howell City Council meeting in support of changing the name to either Scofield Park or Scofield City Park in honor of Bill, Joy and Rick Scofield. The name perspective would be up to the City but the request would involve new signage to the entrance of the park and plaque, in a location still to be decided. The park is located at the corner Thompson and Barnard Streets, overlooking Thompson Lake.

Former Howell Mayor Paul Rogers is among those who comprise The Scofield Park Dedication Committee and says there is resounding support from the community for the initiative. He feels the request meets and exceeds the desires of the City, stating the family has a long history of dedication and involvement over the past 70-plus years, making numerous contributions that have provided benefits to many in the community in addition to sports and recreation sponsorships and the May and Scofield Pavilion in the park. Rogers told Council the family has been a driving force behind many efforts and the financial and personal commitments of the Scofield family since 1934 have shown a true example of community. Rogers says the community has benefited from the commitment, contributions and love of the city shown by Bill, Joy and Rick over many years. In looking back at the community of Howell over the past 75 years, he says no one person, family or group has done more for the Howell. Although Bill Scofield is no longer here, Rogers says his impact on Howell will be felt for years to come.

Businessman Mike Hall is also helping lead the effort and told WHMI renaming the park is just one small way the community can recognize the family’s contribution. He says the goal is to identify and recognize a key asset and jewel that really makes Howell unique and attach it to a family that has given an equal amount to the community. Hall tells WHMI it’s a way for the community to recognize for future generations what it really means to be involved and make a difference – saying it’s not something that can be done in a short period of time but rather a lifelong history. Hall says the Scofield family exemplifies a lifelong history of giving back to the community in ways that, in many cases, have gone unnoticed to many people. He says Livingston County, the city, schools and the recreation department would not be where they are today without people like the Scofield family that have stepped up and gave over all of the years.

Meanwhile, Rogers indicated that fundraising efforts are underway to replace the sign at the main entrance along with a descriptive plaque in a location that hasn’t been determined and they are well on their way to having everything paid for, so no city contribution is being sought. It was noted that the lower right corner of the existing park entrance sign bears a plaque in memory of Virg Catrell that recognizes his vision and dedication to the planting of trees in the park. Organizers said that would be moved and either placed on the new sign or perhaps next to the Scofield plaque so they can continue to recognize for everything he did for Howell City Park. If approved, the goal is to have a dedication ceremony either the weekend before Memorial Day weekend or the holiday weekend itself. Councilwoman Jan Lobur did raise some questions during the meeting about potential deed restrictions and how the land was dedicated to the City. Staff will do some research and the request is expected to be taken up at the next council meeting.

Information about the Scofield family is available in the Howell City Council meeting packet. The link is provided. (JM)