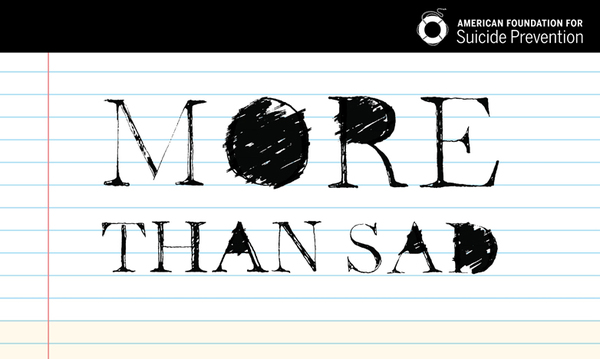 This evening at the Brighton Center for the Performing Arts, a program called “More than Sad” will be presented on suicide prevention.

The speaker will be Corbin Standley, the board chairman of the Michigan Chapter of the American Foundation for Suicide Prevention. Jennifer Sprys-Tellner, a grade level principal at Brighton High School, has been in charge of organizing the program. Sprys-Tellner says it would be well worth it for parents, even if their children are only in grade or middle school, to attend the program in order to gain timely and practical tips on how to recognize signs that their child might have a problem with depression, or socializing with other students, or being bullied. And parents will be given practical advice on steps to take to, it is hoped, prevent teen suicide statistics from going up.

Sadly, Brighton hasn’t been spared from teen suicides. A Scranton Middle School student died by suicide last year, and the year before, Brighton High School student Carl Nagy took his own life. Nagy’s family has been very vocal and active in suicide prevention, and has established the Carl Nagy Foundation for Suicide Awareness. This Saturday, Nov. 23rd, the foundation is hosting International Survivors of Suicide Loss Day at the Livingston County Community Mental Health Services offices at the county East Complex, E. Grand River and Challis Road, at 9 a.m.

The suicide prevention program this evening is free and open to the public, and will take place at the Brighton Center for the Performing Arts from 6-8 p.m. (TT)