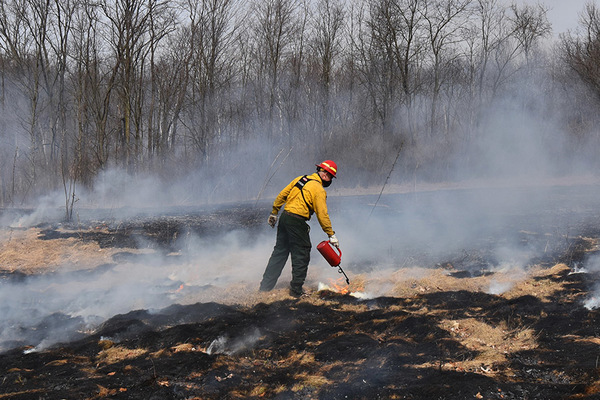 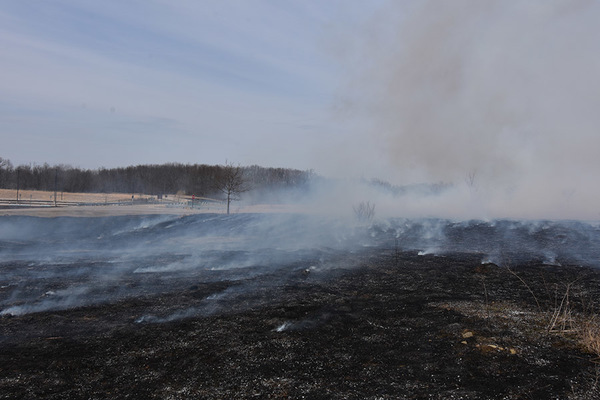 Prescribed burns will be taking place this spring at Huron-Clinton Metroparks.

If anyone traveling on I-96 near Kensington Metropark notices large plumes of black smoke billowing in the sky, it’s likely that a prescribed burn is taking place and there is probably no cause for alarm. Springtime is said to be an important time of year in forest management and the burns serve as an effective tool in helping to control invasive species, create critical wildlife habitat and regenerate forests. Huron-Clinton Metroparks has its own Natural Resources department, which oversees and manages undeveloped land through the 13 parks. This year, prescribed burns will be performed at six Metroparks including Kensington, totaling roughly 115 acres to maintain healthy, natural habitats and diverse ecosystems. A prescribed burn is a controlled fire in a natural environment, which recycles dead materials and makes room for new growth. They are usually used to control grass or shrub covered ground areas, many with unique grasses and plants that won’t germinate until they have experienced a fire.

Chief of Natural Resources and Regulatory Compliance Ryan Colliton says there may be some skeptics out there but these burns are not done “willy-nilly”. He says the burns are done under prescribed conditions with the right amount of resources to control the fire, noting if anything they probably go overboard with protections. Colliton tells WHMI fire can grab your eye when you see if but stresses the burns are an absolutely essential tool to preserve natural history. He says some people may be skeptical and not understand the burns but natural resources managers view this as a critical tool to maintaining some of these very rare habitats in Michigan and he just wants people to get familiar with it. If someone is a frequent visitor of the Metroparks and wants to understand the role that fires plays, Colliton says it they notice a burn one year in their favorite park then keep coming back to it. He says if someone is familiar with that site after the burn, they’ll see the positive changes that occur on the site.

The burns are performed during certain time frames - before the emergence of snakes and other reptiles and before native birds begin nesting. Regular visitors to Kensington Metropark have likely spotted some of the wild turkeys that roam around, which are not scared of people and like using the trails to search for food. Colliton says it can be funny because they’ll get ready to burn at a site and all the turkeys will leave but as soon as part of it is burned and once there is enough black, the turkeys come right back in, follow the fire and pick up whatever they can find. Colliton has also seen birds of prey hunting small mammals while they’re doing a burn. He says the animals don’t want to be around the fire itself, but it seems to be innate in them that when something is burned, it’s a good spot to go to for resources after the fact.

Planning and plotting for prescribed burns actually takes place in the winter. The burns are carefully planned in consultation with local fire officials and weather conditions are closely monitored. All staff involved in the actual burring process is trained, permits are obtained from local fire departments and a “prescription” is written detailing where the burn will take place, weather conditions and site safety among other aspects. Specific dates and times frequently fluctuate due to the weather and various conditions but Colliton says there will be some significant prescribed burns taking place at Kensington Metropark meaning people driving along I-96 in that area could notice some smoke. More information about prescribed burns can be found through the link. (JM)