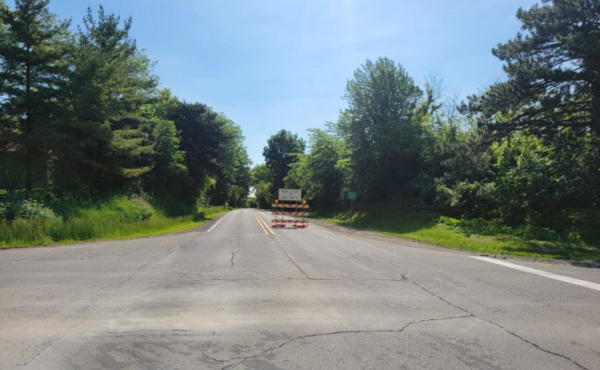 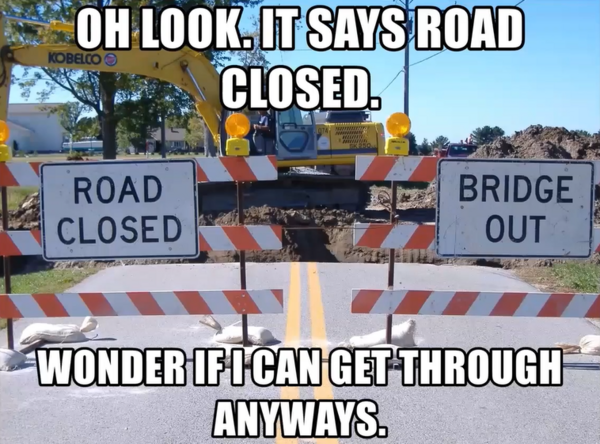 Work just got underway Monday on a single-lane roundabout project that will be constructed at Pontiac Trail and North Territorial Road. The intersection is closed to all thru-traffic but officials say they’ve already seen a lot of work zone intrusions within the first 24 hours of the closure – which is a major safety concern.

Michelle Ford is a civil engineer with Road Commission and recently spoke about problems during a virtual meeting – saying they’ve begun to include the pictured meme in pretty much all of their public information meetings that have a road closure. She said unfortunately, they’ve been experiencing a large volume of people who have decided that road closures don’t apply to them. Ford said people drive into closures, which sometimes results in damage to their vehicles, but also damage to their projects. She said they’ve had to replace sections of roadway that were just placed because of damage caused by an errant motorist not obeying the closure signs.

The Road Commission says law enforcement has been issuing tickets to those attempting to violate the closure and they ask that motorists follow the posted detour or take an alternate route.

Officials noted that access for those who live on Dutch Hill Drive and those traveling to businesses located at the intersection will be provided access but stressed no traffic will be allowed to traverse the intersection itself.

The intersection will be closed for approximately 15 weeks.

As for the project, the contractor is onsite removing pavement and signs, and earthwork to realign the intersection will begin in the coming days.

A link to the project page is provided.