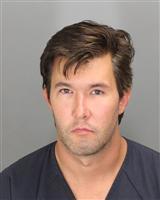 Sentencing has been handed to a convicted sex offender charged with indecent exposure following a recent incident in a Highland Township park.

34-year-old Brian Dean Pochron of Pontiac entered a guilty plea Wednesday in Oakland County District Court and was ordered to serve 90 days in jail and then two years of probation. The Oakland County Sheriff’s Office says on August 23rd, a Highland Township resident observed a male subject, later identified as Pochron, standing near a pavilion area in Dodge Park #10. He was observed pulling his pants down and then laying on his stomach across a picnic table. Police say soon after, Pochron ran to his own car, covered the license plate with a t-shirt and drove away.

A deputy with the Highland Township substation recognized Pochron from a previous indecent exposure incident and he was later interviewed by detectives. During the interview, he admitted to exposing himself at the park to attract a male companion and claimed he was ‘fishing’ to see if the witness was interested in him. A warrant was obtained for indecent exposure and Pochron was taken into custody at his place of employment in Waterford Township.

Pochron is already on the Sex Offender Registry for life following a 2003 conviction for 2nd degree criminal sexual conduct involving a person under 13. In 2017, he was convicted of indecent exposure after he was found lying completely nude on a walking trail in Highland Township. (JK)