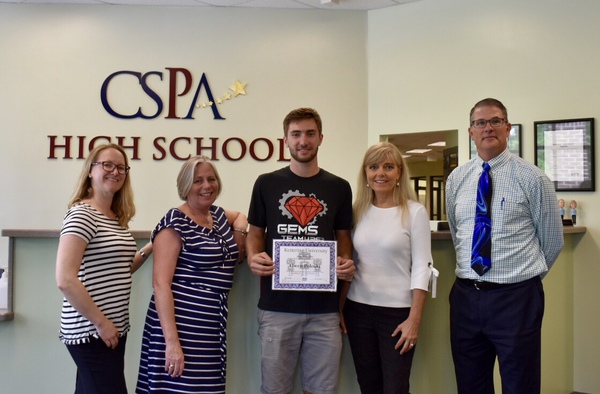 A local student is the recipient of a large college scholarship earned through his dedication to robotics. Owen Poloski is a 2018 graduate of Charyl Stockwell Prepatory Academy in Brighton. Poloski, has been awarded a $25,000 FIRST Robotics Scholarship in addition to a merit scholarship from Kettering University in Flint. Poloski was a member of the CSPA Gems robotics teams all four years of high school. During that time he worked as an operator and driver of the robot, along with being the lead student for the mechanical and robot design team. On top of that, Poloski served as spokesperson for the team and as a mentor and drive coach for the CSPA middle school team.

His plans now involve pursuing a mechanical engineering degree from Kettering. During his time in college, he expects to alternate his time between taking classes and interning at Bosch, where he will work on autonomous vehicles. (MK)