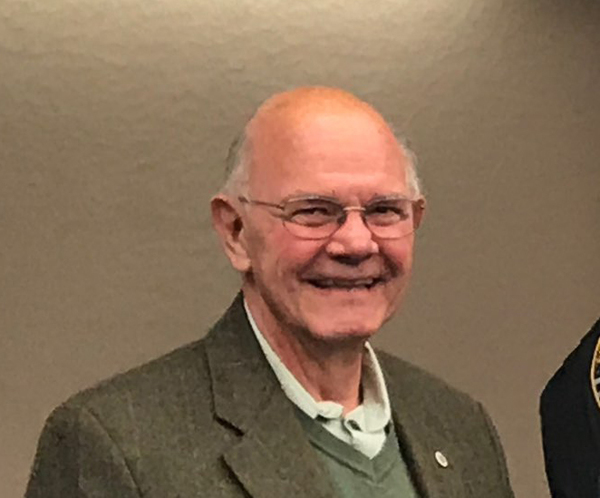 Although no criminal charges will be filed against the current chair of the Livingston County Veterans Services Committee following a complaint filed by a donor, the police report compiled by the Michigan State Police does still raise several questions about his actions in the case.

Livingston County Prosecutor Bill Vailliencourt announced last week that there was "insufficient evidence to justify any criminal charges" against Hansel Keene after a female donor said she had been instructed by Keene to make out a $400 check in his name as well as that of Livingston County Veterans Services for a plaque to honor members of the county sheriff's department who had served in the military. The donor said she had also given Keene a vacuum cleaner, a floor cleaner and a riding lawnmower and had been assured by him that they had been given to local veterans in need. But after repeated attempts to obtain a receipt for the donations from Keene, she emailed the then-director of the veterans services department, Adam Smiddy. Smiddy says he immediately began to look into what happened to the cash and other donations, but was fired several days later by the committee, with Keene one of those voting to oust him. Smiddy has since filed a Whistleblower Protection lawsuit against Keene and the county alleging his firing was in retaliation for trying to get to the bottom of the donation dispute.

WHMI has since obtained a copy of the State Police report that was filed in the case. In it, Keene says he and the donor are neighbors and that he had gone to her house in November of 2017 at her request to help with a "minor project" and that after mentioning the plaque to her, she inquired as to the cost and offered to make a donation to pay for it. However, the donor tells WHMI that is not true, and that Keene had expressly asked to come over to discuss something with her and then asked if she would be willing to cover the cost of the plaque. She says he told her to make the check out in his name alongside Livingston County Veterans Services as he was authorized to cash county checks and could more easily deposit it. In fact, Keene is not authorized to do so and when he cashed that check at his personal bank, was in violation of county policy. Keene told State Police he took the check to his bank, cashed it for four $100 bills which he took to Spirit of Livingston to help pay for the plaque. The check is dated 11/18/17. An invoice from Spirit of Livingston is dated 11/17/17, the day before the check was written, and indicates the cost of the plaque and 34 nameplates was $520.46. One of the Spirit of Livingston owners confirmed to WHMI that Keene did indeed come in and pay $400 in cash, although a receipt of that transaction is not included in the report. Keene admitted to the investigator that he was aware of the county's policy in which donations are supposed to be brought to the Treasurer's office for deposit into the proper account and then spent from that account. But he said that, "in his mind, a $400 donation was made for this plaque, he accepted the donation and the money was spent on its intended purpose, the plaque."

As to the other donated items, Keene said the floor cleaners were initially in his truck and that he later put them in his barn, where they sat until Smiddy called Keene on Friday, August 24th as he followed up on the donor's complaint. The State Police report indicates that Smiddy recorded his phone call with Keene in which he admitted to keeping the vacuum and floor cleaner, while taking the lawnmower to the scrap yard owned by fellow committee-member Bruce Hundley. As to the check he clearly says he "deposited it" and that "I don't know what to do about that." Again, these actions were in direct contradiction to what the donor says Keene told her, insisting that the items had already been turned over to needy local veterans. She also points out that Keene retained these items for a considerable period of time. The vacuum and floor cleaner were donated in March and April and the lawnmower in June, but it was not until the donor's lawyer began to send letters threatening legal action did Keene finally turn them over to Veterans Services. In the recording, Smiddy advises Keene he needs to provide the donor with a "chain of custody" for the money and the other donations. Keene then says "Actually I put $125 to that, for the plaque, for Spirit of Livingston. Will that work for you?" Smiddy then tells him to bring everything he has the following Monday, to which Keene agrees. But on Monday, August 27th, Keene was one of the committee members who voted to fire Smiddy.

Keene also told State Police that the donor only asked for a receipt "months after the donation" and that he made a "sincere effort" to obtain one. Again, the donor says this is untrue and that from the beginning she made clear to Keene that she wanted a receipt for tax purposes and then made repeated attempts over nine months to obtain one, but each time was put off by him. In an emailed statement to WHMI after reviewing the police report, the donor stated, "This situation did not involve just one occurrence of mishandling one donation check. There were multiple items donated, over a significant time span, and all donated items were misappropriated. Anyone who admits to depositing donation checks into their own personal bank account, not turning in donated items, and not issuing receipts for donations, would be terminated whether employee or volunteer." She added that the State Police report, "reveals that this same person admitted he knowingly does not follow county policies and procedures or IRS regulations and laws governing the handling and documentation of donations, and that receipts are not issued for every donation received (which the IRS requires). Yet in spite of these admissions, it still does not appear that oversight is being provided by the county officials responsible for doing so."

But not only has Keene not been sanctioned for his actions by the county, he is up for re-appointment to the Veterans Services Committee along with fellow member Joe Riker. Both of their terms expire at the end of the month. Also in the running are former County Commissioner Steve Williams, along with Michael Reeve and Jim Pratt. The Board of Commissioners is expected to decide on the two appointments at their meeting Monday. At stake is the leadership of a committee entrusted with handling more than a million dollars of taxpayer funds generated each year following the passage of a 2016 county-wide millage. However, records show more than $600,000 remains unspent and questions continue as to exactly how that money will be utilized moving forward. A request for comment from Mr. Keene has, so far, gone unreturned. (JK)