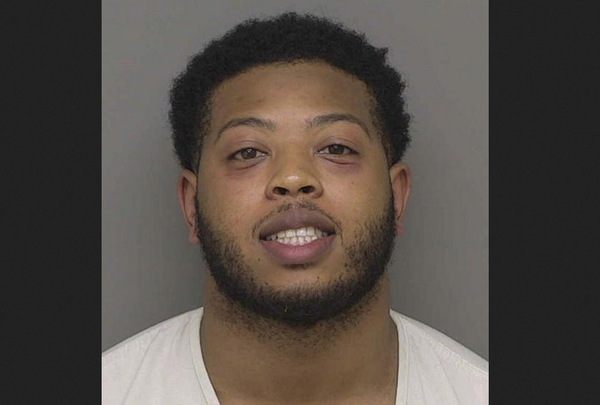 
A State Representative from Wayne County charged with drunk driving and resisting officers after a crash earlier this month near Fowlerville, reportedly threatened responding Michigan State Police troopers that he would call Gov. Gretchen Whitmer and report them.

That’s according to details reported by the Detroit Free Press based on police reports obtained under Michigan’s Freedom of Information Act, which also alleged that Democratic State Representative Jewell Jones of Inkster threatened their budget before fighting with officers trying to get him into custody. The 26-year-old Jones also is reported to have flashed a badge and said he was an-off duty officer. Jones, who is a reserve officer for the Inkster Police Department, was arraigned last week on four felony counts including Resisting and Obstructing a Police Officer, and Operating a Motor Vehicle with a High Blood Alcohol Content. The charges followed his April 6th arrest after Michigan State Police Troopers from the Brighton Post were dispatched to crash in a ditch on I-96 near Fowlerville.

Motorists that day reported an SUV driving dangerously with one of them taking video of a vehicle matching Jones’ vehicle and license plate swerving in and out of traffic. The vehicle crashed into a ditch, requiring a passenger to receive treatment from paramedics. Jones, according to Livingston County Chief Assistant Prosecutor Carolyn Henry, allegedly became extremely uncooperative with paramedics, and then with police who were dispatched to the scene. She said the scene escalated to the point where troopers had to twice deploy a Taser against Jones, and when that didn’t work, used pepper spray in his eyes. The police reports say Jones when an ambulance arrived to take his passenger to the hospital; he tried to get inside, pushing an emergency medical technician in the chest.

The police reports state that Jones, described as combative and highly intoxicated, told officers struggling to get him into handcuffs, "If you hit me, it’s going to be very bad for you. I’ll call Gov. Whitmer right now,” adding that when he did he would need their "IDs, badge numbers, everything." He also said he was in charge of their budget and that it was "not going to be good for you."
Troopers did not let Jones have his cell phone and the paper reports there is no evidence he attempted to call the governor, who is also a Democrat.

Jones reportedly refused to submit to a breathalyzer test, requiring police to obtain a warrant for a blood draw which indicated a blood alcohol content of 0.19%, more than twice the 0.08% limit for driving.

Jones’ attorney, Ali Hammoud, says the charges are based on allegations and that his client is presumed innocent. Jones remains free on bond pending a probable cause conference next Tuesday in 53rd District Court, with a preliminary exam set for May 4th.