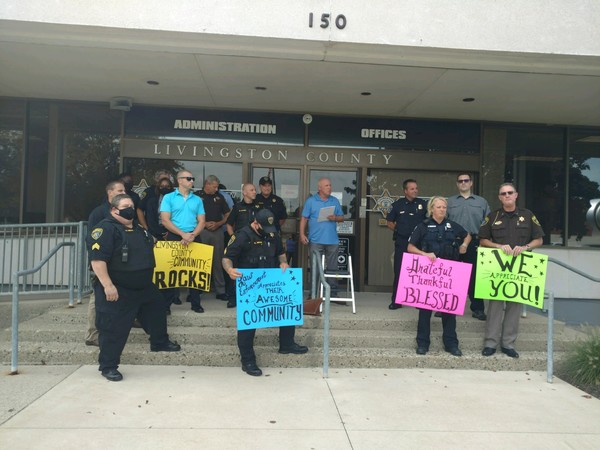 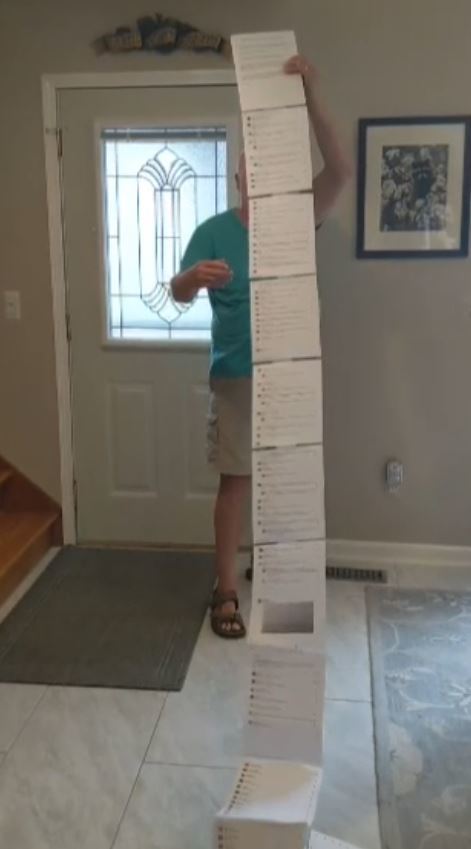 
A retired police officer is challenging the community to step up and thank the men and women in blue.

With unrest in some communities across the nation as protestors rally against police brutality and use of excessive force; Genoa Township resident Kurt Skarjune is working to let law enforcement officers know there is a silent majority who want and need their local heroes around. He said he’s amazed at how much stamina and dedication police officers have for the job because they keep coming back every day and he’s thankful to live here.

Skarjune is a retired Oak Park Police officer and put up a post on the Next Door App encouraging people to thank all police officers for their service, which got a huge response in just three days. He presented the physical pages of comments during an event outside of the Livingston County Sheriff’s Office Wednesday afternoon. Skarjune told WHMI he’s been retired for 15 years and in all that time; he never received a thank you until a couple of years ago.
He recalled being at a hotel in Florida a couple of years ago where a woman thanked him for his service. Skarjune said no one ever told him that during his career so he’s made it his goal to thank and appreciate law enforcement officers wherever he goes.

Wednesday’s event was attended by members of various local police agencies, as well as members of the public. Sheriff Mike Murphy told WHMI they’re fortunate to be in Livingston County and be involved in the community. He said if there’s any place in the United States - especially Michigan - to be in law enforcement, it’s Livingston County because people “get it.” Murphy said they have a great relationship with the community, which they realize is fragile, but it shows when people reach out and ask what they can do. Murphy said that’s further evidenced by all of the gift cards, baked goods and thank you cards that get dropped off.