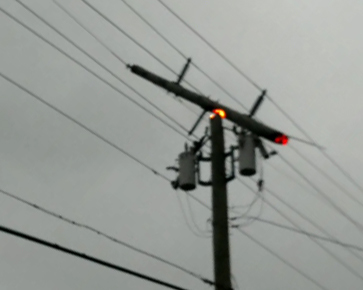 About 2,000 DTE customers in the Pinckney area are without power after a power pole fire earlier this morning.

The affected pole was on Dexter-Pinckney Road, just south of M-36 and north of St. Mary’s School. According to DTE’s Outage Map, the problem is affected more than 2,000 of the utility’s customers in that area. While crews are working to repair the issue, DTE says it may 11:30 tonight before they can get power restored.

The outage is among about 18,000 across DTE’s service area following strong winds that moved into the area last night. But it was west Michigan that was hardest hit. Consumers Energy says that since early Wednesday about 229,000 of its customers have lost electric service due to ice storms. The utility says about 153,000 of its customers were still without power this morning, with most expected to have power by late Sunday. (JK)