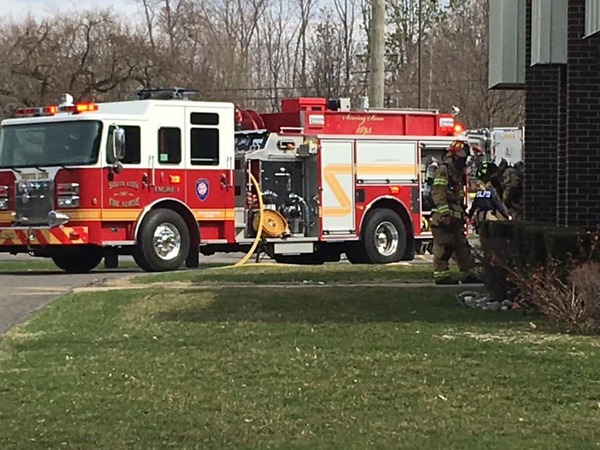 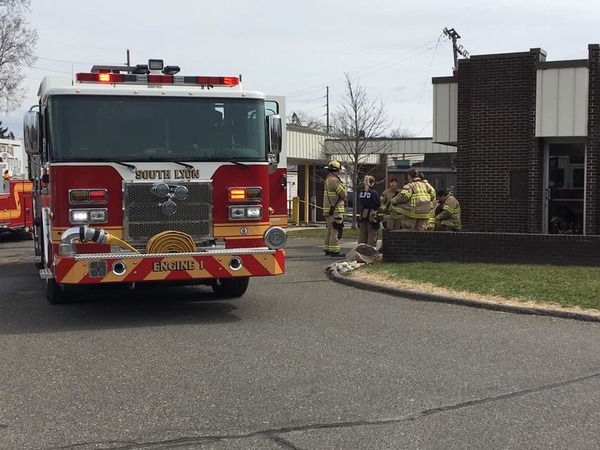 South Lyon Fire Chief Robert Vogel confirmed there were three loud explosions around 11am, followed by a call requesting crews to the PNC Bank on Lake Street. Upon arrival, firefighters found a downed utility line in the dumpster, on fencing and on the bank’s drive thru facilities. Smoke filled the inside of the building and bank personnel were evacuated and displaced to the police/fire administration building next door. Damage was said to be minor with a small fire in the ceiling causing an estimated $5,000 in damage. Winds were likely to blame for snapping the line and crews were commended for their quick response.

Police Chief Chris Sovik told WHMI there were power surges occurring in the bank until the fire department shut off all power to the building to wait for DTE. No injuries were reported and police temporarily closed the area to traffic. The Lyon Township and Green Oak Township Fire Departments assisted on scene. Facebook photos. (JM)