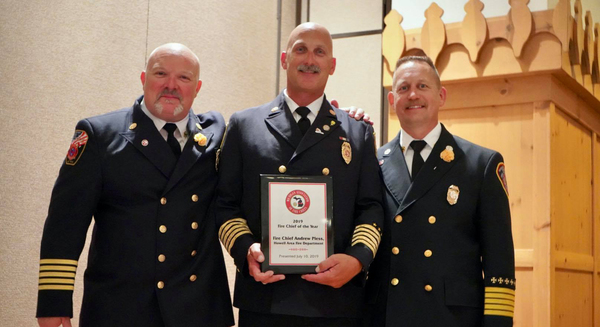 Howell’s fire chief has been honored statewide for his service.

Fire Chief Andy Pless was named on Wednesday as the 2019 Michigan Fire Chief of the year by the Michigan Association of Fire Chiefs at their annual Summer Leadership Conference at Boyne Mountain in northern Michigan. Pless, in a Facebook post, said he was, “deeply honored and humbled to be selected as Fire Chief of the year. Thank you to all of my fire family for bestowing such an amazing recognition!”

Pless has been chief of the Howell Area Fire Authority since 2008 and has been serving with the department since 1987. He was previously announced as the president of the Southeastern Michigan Association of Fire Chiefs in 2014 and currently serves on their board of directors. (JK)