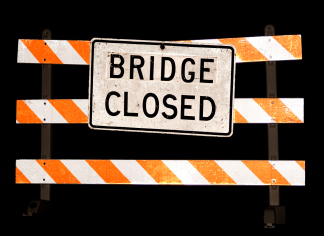 Plans are nearly finalized for a much anticipated bridge project in Oceola Township.

The bridge on Eager Road, north of M-59 at Bigelow, was deemed dangerous in October of 2015 after an inspection found the bridge’s load-carrying capacity had failed. The bridge has been closed indefinitely since then, much to the dismay of residents and motorists. The Livingston County Road Commission has since realigned Eager Road at M-59 in order to accommodate a traffic signal, which was installed recently by the Michigan Department of Transportation.

Meanwhile, the Eager Road bridge that has been closed for four years is still on track to be completely reconstructed. There have been various delays with the bridge project, part of which funding can be attributed to because the bridge technically doesn’t qualify as a bridge. Road Commission Managing Director Steve Wasylk tells WHMI to be technically classified as a bridge, a structure has to be 20 feet in length, allowing them to apply for federal bridge funding for repairs. He says the Eager Road bridge is just shy of 20 feet, meaning it’s actually considered a culvert so there’s no federal funding available.

Wasylk says Oceola Township volunteered to contribute a significant amount of money toward the project and they’re paying about half and half with the Road Commission. He says they’re getting close to being finished with the preliminary portion and are working on right-of-way acquisition but final plans are pretty much done. Wasylk says they would like to get the project out to bid yet this year so they can get it done in 2020. (JM/JK)