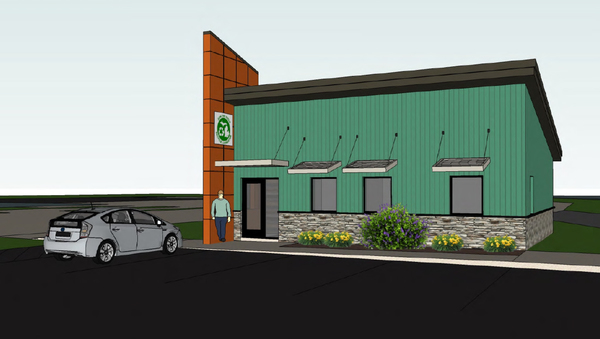 It’s out with the old and in with the new for Recycle Livingston, which recently received approval for plans to construct a new building on site.

Recycle Livingston’s existing facility operates on city-owned property on Catrell Street, where a small office building and outside storage space is located. Recycle Livingston has been operating there since its inception in 1989, offering recycling opportunities to local residents.

The organization approached the city last year to discuss renewing a long-term lease for the parcel. They were already working on acquiring funding to replace their original office building. The nonprofit wants to remove their current office building to construct a new one with a parking lot on site. The City of Howell’s Planning Commission approved the project site plan last week. The only concern voiced by city staff members was in regards to any potential hazardous chemicals on the property. Recycle Livingston Board President John Boris reassured the commission the organization does not have or accept hazardous chemicals on site, and has no plans to.

The property, as well as those to the north, east and west, are all zoned Light-Industrial. The property to the south is zoned General Business. Recycle Livingston is surrounded by Centurion Medical Products, Peacemakers Gun Range and Grundy’s Ace Hardware. The nearest parcels with residential zoning are to the west, past Peacemakers, on National Street. (DK)