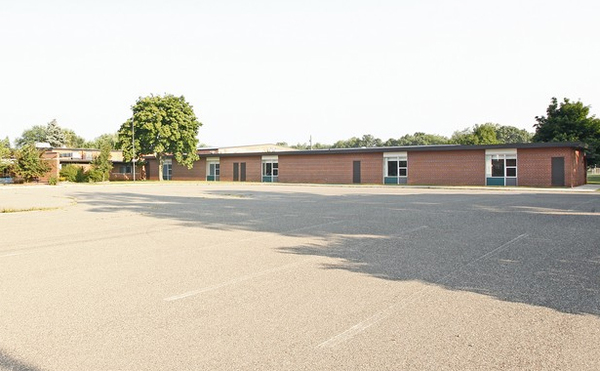 A preliminary planned unit development for a $34 million, 206-unit senior housing development proposed for the former Lindbom School in Brighton has been tabled.

It’s the second go-around for developer Pat Battaglia of Holly, who first proposed a virtually identical development for the former school in 2015. His company, under the name of American Classical Academy Brighton Holdings LLC, purchased the school, which was closed in 2010, for $1.45 million from the Brighton Area Schools. He proposed that a charter school called the Livingston Classical Academy go in at the site, but the Board of Education turned down his request that it sponsor the school.

Ultimately, Battaglia ended up getting the charter school in Whitmore Lake, with the Whitmore Lake Schools as the sponsor. An overflow crowd attended Monday night’s planning commission meeting, with residents spilling out of council chambers into the lobby of city hall. A large number of people spoke at the public hearing, the majority of them opposed to the project.

Battaglia, through his BVMP Development Group LLC of Holly, is now proposing a development called Brighton Village at the Mill Pond, which would utilize and renovate the existing school building and add other buildings at the 10.5-acre site totaling about 140,000 square feet. There would be separate centers for independent living, assisted living, a memory care center and an activities center. Battaglia said he would put in screening in the way of deciduous trees and evergreen bushes so that the neighbors wouldn’t be looking at walls.

One big problem that Battaglia said he could take care of with mitigation procedures is the plume of toxic trichloroethylene gas which earlier this year was found to be in several neighborhood homes, resulting from an old, former manufacturing site on nearby 5th Street. Battaglia said that whereas if the site were developed into single family homes the owners couldn’t individually neutralize the gas, he could have vapor barriers installed at his development to take care of the problem.

Cal Stordahl, who lives at the corner of Sixth and Main, said after the meeting that the scale of the project is too large, overwhelms the residential neighborhood, and needs to be reduced in size. Commissioners said there were too many unanswered questions and they would not approve the preliminary PUD for the proposed project until they are answered. The matter will not be taken up again until the December Planning Commission meeting. (TT)