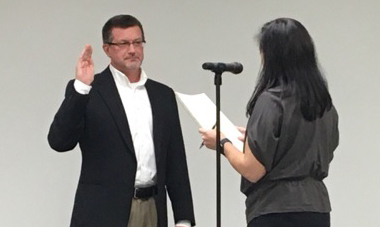 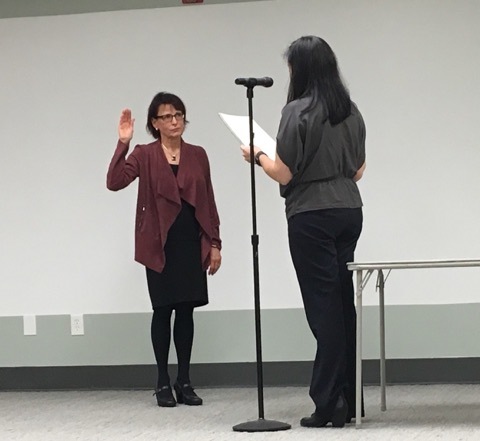 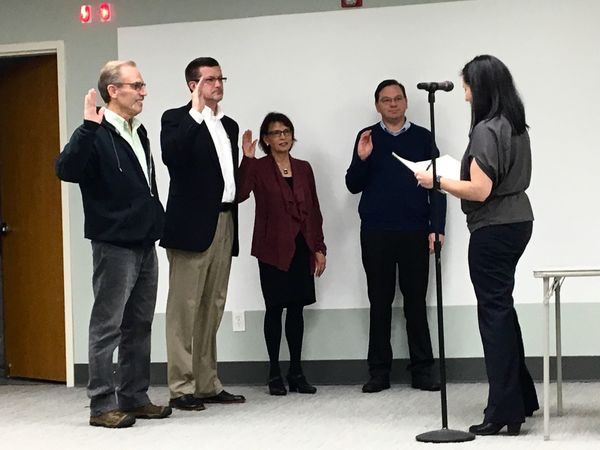 Shawn Pipoly, a ten-year member of the Brighton City Council, has been elected as the municipality’s new mayor.

Council held its biennial meeting Monday night and began by administering the oath of office to the four members who were re-elected by the voters in last week’s general election. The incumbents include Susan Gardner, Jim Bohn, Shawn Pipoly and Jim Muzzin. As the top vote-getters, Gardner, Bohn and Pipoly will all serve four-year terms, while Muzzin will serve a 2-year term. Muzzin has been on council for the last 16 years, eight of which he has served as mayor. But at Monday’s special meeting, prior to the mayoral election, Muzzin asked fellow council members not to nominate him.

Pipoly, who most recently served a two-year term as mayor pro tem, was instead nominated for mayor and, as the only nominee, was unanimously elected by council. Council also voted unanimously to elect Gardner as mayor pro tem. Gardner and Pipoly each took a separate oath of office at the meeting for their specific new roles.

Speaking to the re-election of council’s incumbents, Muzzin says he’s glad the team will be staying together because he feels they’ve made a lot progress addressing city issues over the last several years. Muzzin tells WHMI he’s looking forward to continuing the momentum on council in bettering the city's financial situation. He says he is content with his time as mayor and is ready to move forward in a different capacity, stating, "I just felt it was time, being on for 16 years, and the last eight as mayor. It does take a lot of time, and I’ve had some life changes, so it was just time for me to move on. I’m glad it’s Shawn, and I think Shawn will do a good job."

Pipoly says he appreciates his fellow council members' respect and confidence in him, adding that any one of them is fully capable, and he’s honored that they trust him to help "guide the ship". Looking ahead, Pipoly says he’s focused on continuing to work with the team to "chip away" at things they've been working on for a while, such as staying on the right path financially and structurally.

Pipoly was first elected to council in 2009. His other city experience includes the Principal Shopping District Board, starting with its inception in 2005, and serving as treasurer and vice chairman until 2012. (DK)