Man Arrested After Subdivision Stand-Off Back Out On Bond 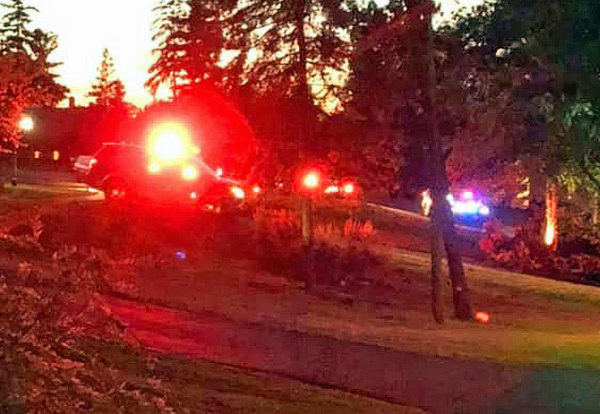 A large police presence in a local subdivision over the weekend resulted in the arrest of a man for violating bond - who is now back out on bond.

Deputies with the Livingston County Sheriff’s Office and local surrounding police agencies responded to a home in the Pine Creek subdivision on Saturday night in search of 33-year-old Marcus Wayne Nichols, who was wanted for violating bond. A multi-jurisdictional SWAT team was also activated but that was said to be done only to supplement local resources. The subdivision is located immediately west of the city of Brighton - mostly in Genoa Township but a small portion is in Hamburg Township.

Nichols is facing criminal sexual conduct and other charges in a pending case but had been released on a $250,000 cash/surety. While on bond, new charges of felonious assault were authorized by the Livingston County Prosecutor’s Office for a separate incident involving the victim’s mother from the initial case. Nichols was on a tether and police went to apprehend him from the home in Pine Creek but he did not immediately come out. He was eventually arrested but has again been released on a $250,000 cash/surety bond.

The Sheriff’s Office conducted the investigations that resulted in the criminal charges being issued. Sheriff Mike Murphy declined to comment on the case directly but tells WHMI their frustration is that someone who allegedly committed a heinous crime was released on what some might consider a relatively low bond, which is part of the system. However when that individual proved himself not worthy of being afforded that bond and allegedly committed another crime - he was again able to post a bond that in Murphy’s opinion was probably not appropriate – and that’s where their frustration lies. Murphy stressed that people are innocent until proven guilty and certainly not to speak for the victim but it tends to leave a poor taste in their mouths.

Nichols remains out on bond in both criminal cases. Facebook photo. (JM)