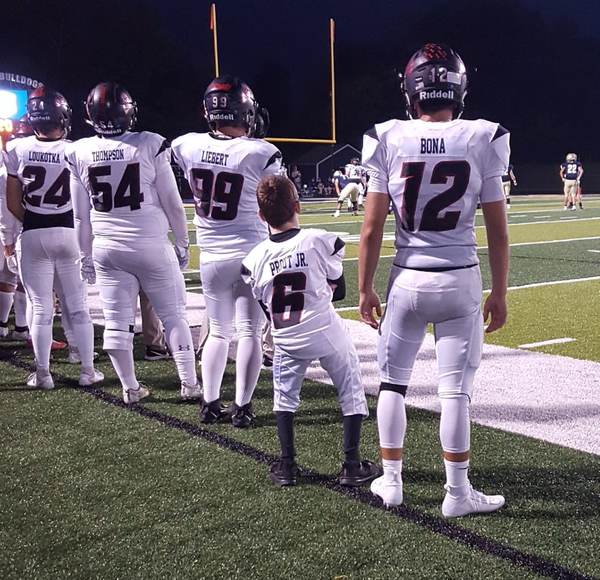 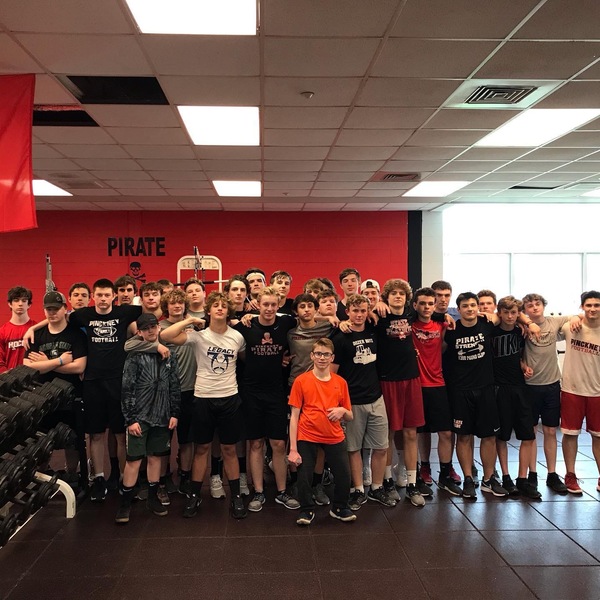 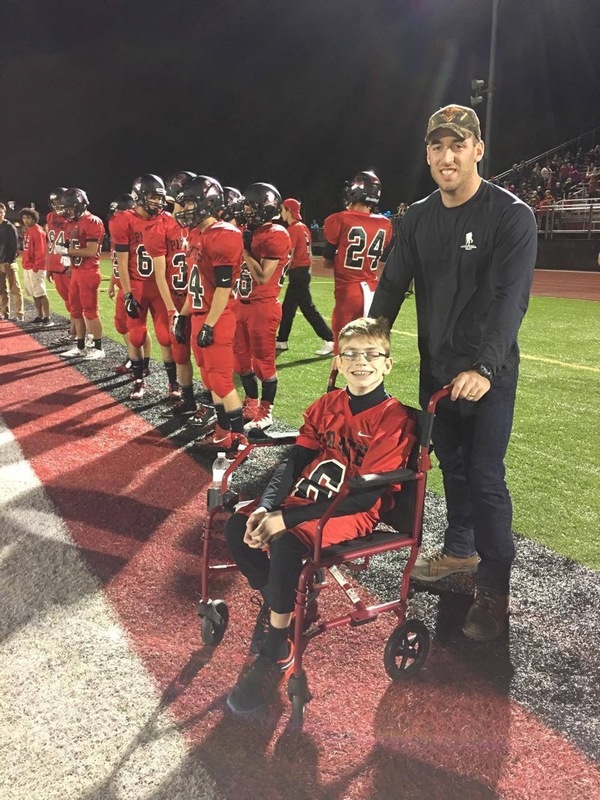 Larry Prout Jr. desperately wanted to play high school football as a kid, so much so that his parents had to enlist his doctors to break the bad news that, under no circumstances, could he play any kind of tackle football.

That’s because his body, which has endured more than 100 surgeries in his life, is nowhere near strong enough to take it. His body isn’t strong enough for a full day of school, so he is home-schooled and takes electives at Pinckney High School. But where his body is weak, his heart is strong and he has made a lasting impression with most everyone he meets, including Pinckney football coach Rod Beaton. “It goes without saying that he’s truly an inspiration,” Beaton says. “I’ve never met a young person with a more positive attitude than Larry. He really does bring it every single day, every time he’s here.”

Larry Jr. is the sixth of six children born to Kathy and Larry Prout Sr. He was born without skin covering his lower torso, exposing his organs. He learned how to walk out of sheer force of will and with the encouragement of his siblings. He is 4-feet 8 inches tall, weighs about 85 pounds and spends much of his day in his wheelchair. To his teammates on the Pinckney football team like Joe Bona, no one stands taller. “Everyone gets pumped when he’s around. How could you not? Larry’s a great kid, an awesome, awesome character, and what he’s gone through should push us, because it’s way harder than what we’ve ever done. I think it pushes and makes us work harder.”

Larry Jr. spent the last three seasons with the Michigan football team, attending games and making friends with from Jim Harbaugh on down. Last month, before the New England Patriots played the Detroit Lions at Ford Field, the most famous Michigan football alum of all stopped by to say hello. “As I was hanging out, the camera was filming me and they said Team Impact had a surprise for me,” Larry Jr. said. “And the craziest thing is, I see Tom Brady coming up and giving me a fist-bump and a high five. I shook his hand and told him I loved seeing him play. He pointed to my (Michigan) hat and told me to make sure to beat the Buckeyes this season. I told him I would make sure to do that.”

Larry grew up watching his three older brothers play football for Pinckney, and as mentioned, he’s got some pretty famous friends. But his parents say Larry Jr. has gained just as much from being a Pinckney Pirate. “We have a lot of gratitude, and we don’t know how to show it enough,” Kathy Prout said, ‘We want to show our gratitude to Rod and all of the players because they’ve made Larry feel important, such a part of this Pinckney football team. It’s something we’ll never forget, something Larry will never forget.”

At Pinckney practice, Larry Jr. hands out encouragement and banters with players who are, in many cases, a foot taller than him. While he basks in the glow of being part of a team, he contributes to the Pirates something they might not have learned otherwise. “The lesson I take is that it’s not as bad as what it’s going to be,” senior running back Sal Patierno said. “What we go through, you just think of what he’s gone through, and it makes you want to go harder. Just keep fighting. I know he’s fought harder than any of us.”

“He uplifts us all, every time he’s out here,” Beaton said.

You can hear the full story about Larry Jr., his family and teammates this Sunday morning at 8:30 on WHMI's Viewpoint. (TR)