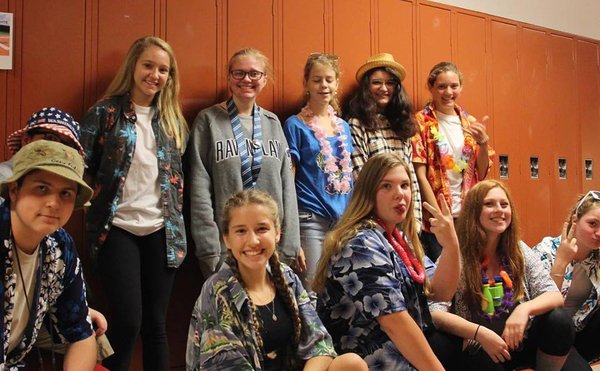 At a Pinckney Community Schools Board of Education meeting Thursday, Student Government President Allie O’Keefe announced approximately $1,000 was raised during Spirit Week, which will be donated to the Sarcoma Foundation.

According to their website, the Sarcoma Foundation’s mission is to advocate for sarcoma patients by funding research and increasing awareness about the disease. Sarcoma is a rare form of cancer that grows in connective tissue. Approximately 15,000 new cases are diagnosed and nearly 6,000 people die from sarcoma each year.

Pinckney’s Homecoming was unique this year as the high school ditched the long-standing tradition of naming a King and Queen, choosing instead to elect student representatives in hopes of promoting a more inclusive environment. O’Keefe previously told WHMI Student Government attends various conferences throughout the year and has found that this is a common transition many schools are looking to make.

While the decision received support from the Board of Education, it drew mixed responses from the community. O’Keefe and Superintendent Rick Todd had acknowledged that could happen, though both still stand by the decision. (DK)