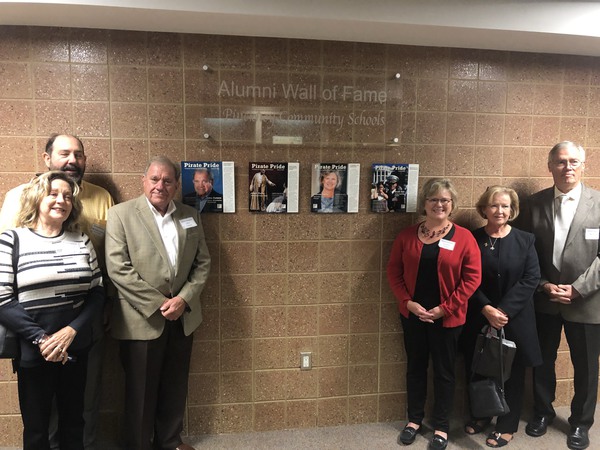 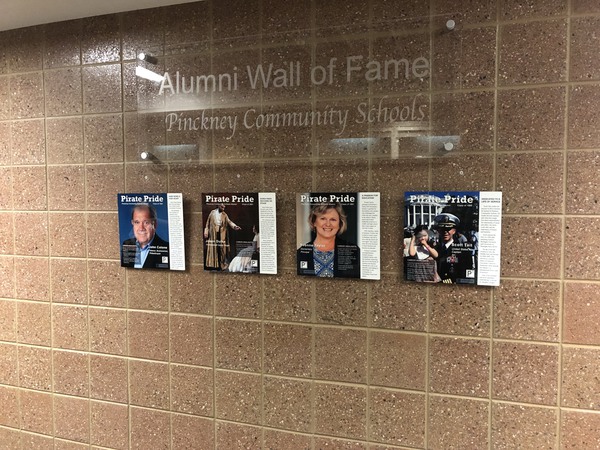 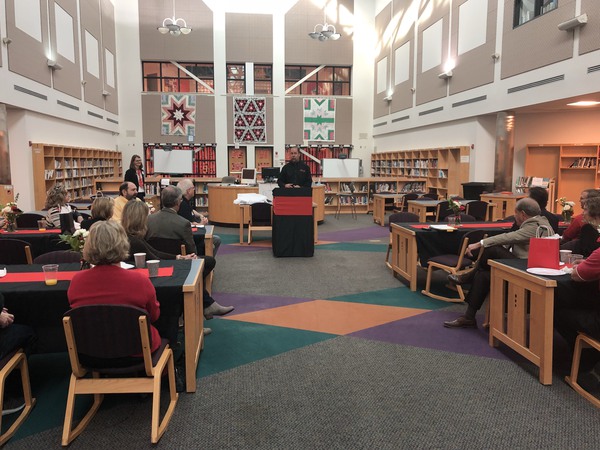 Four respected alumni of Pinckney Community Schools have been recognized on the district’s new Wall of Fame. A ceremony was held at Pinckney Community High School earlier today recognizing the inaugural Wall of Fame Class. Superintendent Rick Todd said this was a way to honor those who have come before them and have given back to the community, state, and nation.

John Colone is an inductee from the class of 1963. A Vietnam veteran, who was wonded during the Tet Offensive, he spent a year and a half in the Fitzsimmons Army Hospital in Colorado. For his work helping other patients while there, he was named Colorado’s Disabled Veteran of the Year. Returning to Pinckney,Colone built a small car dealership into one of the largest in the state and has helped raised millions of dollars for veterans and others in need.

Jason Duika was honored from the class of 2001. Jason is a professional opera singer who has performed Verdi Opera Favourites at Carnegie Hall and is currently singing in California. He said one of his fondest memories is singing “Oh Holy Night” at the high school’s Christmas concert, his sophomore year.

United States Navy Captain Scott Tait graduated from Pinckney in 1988 has served the country overseas in Asia, the Middle East, and Europe. Tait joined the U.S. Navy in 1996 and has worked with former Secretary of State George Shultz, and former Secretary of Defense William Perry. He is responsible for helping craft new military and diplomatic strategies at the U.S. Naval War College.

The class of 1981 was represented by Yvonne Taylor. Yvonne is the Principal at Farley Hill Elementary. She has been a guest lecturer at the University of Toledo and Eastern Michigan University, and has served as a presenter at several educational conferences statewide. Taylor has also been instrumental in launching a local food pantry for families in need.

The four alumni were presented plaques matching the ones displayed on the wall at the high school. Superintendent Todd said they plan on inducting 4 new alumni each year, moving forward. (MK)