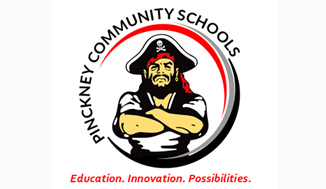 
In what is a challenging time for school districts all over, 22 teachers are being laid off from Pinckney Community Schools.

Declining enrollment and impending cuts to the School Aid Fund helped lead to the decision which was made by the PCS Board of Education at their latest meeting. Superintendent Rick Todd said this has been perhaps his most challenging week as an administrator, with the end of school and senior graduation juxtaposed with presenting the layoffs to the Board.

In letter to PCS families, Todd projects that the current situation we are living in will create an additional $1.5 - $2.4-million shortfall in revenue for the upcoming school year. In years past, the district has had to reduce, on average, between 6 and 12 staff members, and could do so primarily through retirements and staff moving on to work elsewhere. The number of retirements, this year, is down, however. Because of new laws with evaluations and changes in tenure, the seniority-based system schools districts used to use for making tough lay-off decisions is no longer in play. They now use a state-mandated rubric that encompasses everything teachers are evaluated on from student growth and classroom culture down to down to attendance and relevant special training. Staff is graded on a 4-point, weighted scale. PCS used a 3-year period of time to create what Todd said was the most equitable process they could. He told WHMI he was not a fan of laying off anybody, no matter the process used, and that the impacted weren’t just valuable employees, but were friends, mentors, and family that will be missed.

A copy of his letter to the Pinckney community and the rubric can be found below.