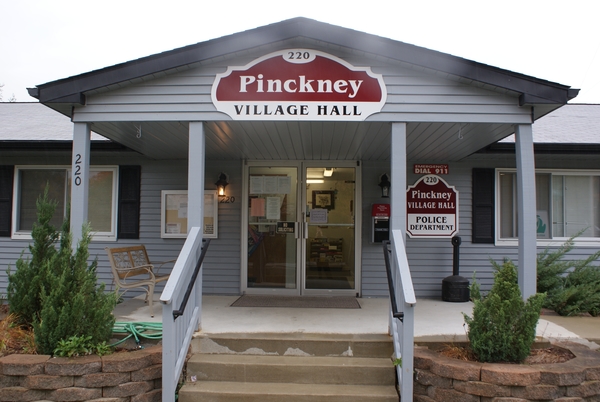 
The Pinckney Planning Commission is the latest group to discuss a marijuana ballot proposal that will appear before voters in the Village.

Commissioners met virtually Monday night to talk about the proposal, which comes from a grassroots group titled Jobs For Pinckney that launched a successful petition drive and later lawsuits to get the measure on the ballot. It’s headed up by Sam Pernick of Oakland County and officials have said the group has no local ties. Village Council and the Commission have been trying to decipher the lengthy ordinance that would be required to be adopted if the proposal passes. The ballot proposal only applies to voters in the Village, not Putnam Township.

It was stated during the Planning Commission meeting that some word games being played and the ordinance demands Council do things it doesn’t have the jurisdiction to do. As worded, the ordinance could force up to ten businesses in the Village. The Village totals 1.3-square-miles and officials agree there isn’t room for that. Village officials have also spoken out against various claims being made in flyers circulating throughout the community that the proposal will create hundreds of jobs and raise thousands of dollars. It was noted during the Planning Commission meeting that the Village is not the only jurisdiction dealing with this and the same group is also targeting Superior Township. It was stated the group again uses the guise that voters approved recreational marijuana and the municipality is trying to undermine the will of the people.

Commission Chair Tom Pais said the ballot language doesn’t even come close to what is actually in the initiative. He called it pretty confusing and vaguely worded, saying it’s unclear what all the Village would be required to do. Some language appears to require the Village to do something within 30 days or there are automatic approvals. Pais further clarified the Village doesn’t have the ability to give licenses out, as specified in the ordinance.

Ted Kinczkowski is the Council representative to the Planning Commission. He’s been encouraging people to actually read the proposal before voting. Kinczkowski said they want business owners that are going to do things the right way that would be of mutual benefit but this proposal is not that. He said it opens the door for ten possible businesses and there’s no way the Village could sustain that many. Kinczkowski said there are some important points to be made that are being very misconstrued by the person trying to get this through. He said it’s not at all about marijuana and the person involved is trying to paint the Village as shooting down his proposal, which is why he went the route he went. Kinczkowski said the Village didn’t shoot down anything and was never given anything except a demand at zero hour. Kinczkowski said it really is an information war with people from outside of Pinckney trying to come in and impose their will while using shady information to do it. He commented that he hasn’t heard anything negative from Council about having a couple of businesses – the problem is the way it is being done. Kinczkowski stressed the Village doesn’t have the ability to do everything being requested in the proposal. He noted the Village has spent years trying to make it as easy as possible to open up a business that makes sense. The Village is a certified Redevelopment Ready Community through the state.

The ballot proposal and ordinance language are up on the Village website. Officials are also working to get factual information about the ballot proposal on the website to help educate residents and businesses ahead of the election. A link is provided.