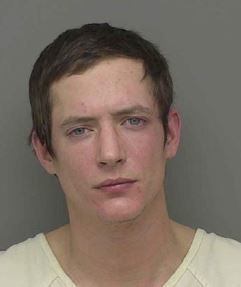 
A deal could be in the works to clear the record of a Pinckney man charged after a high-speed police chase.

23-year-old Jon Patrick Dethloff was charged last month with fleeing and eluding as well as carrying a concealed weapon for the February 28th incident. The Livingston County Sheriff’s Office says one of its deputies attempted to stop a vehicle driven by Dethloff near Fowlerville because it did not have a license plate.

He reportedly fled onto westbound I-96, although the pursuit was terminated at the Livingston/Ingham County line. However, approximately a half-hour later, that same vehicle was observed near Grand River and Gregory Road in Handy Township. When a deputy attempted to stop it, the vehicle again fled, eventually heading northbound on Fowlerville Road, where it became disabled after striking a deer north of Sharpe Road. After Dethloff was taken into custody, a Glock handgun was located inside the vehicle.

In court this morning, Dethloff waived his preliminary exam and sent his case to Livingston County Circuit Court. His attorney indicated that an agreement with the Prosecutor’s Office meant that Dethloff would be offered an opportunity to enter a plea under the Holmes Youthful Trainee Act, which could potentially remove the charges from his record if he successfully completed probation.