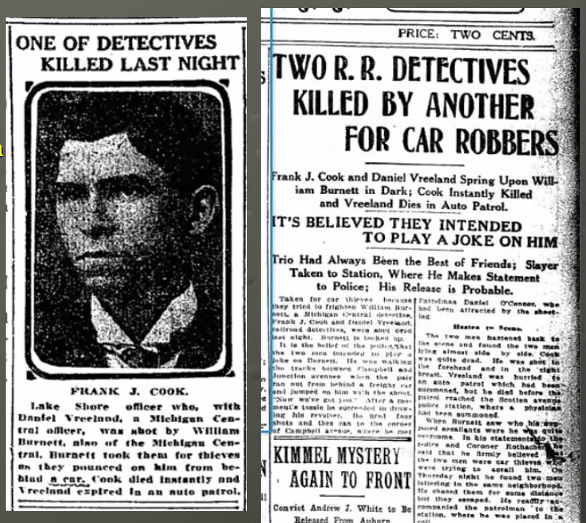 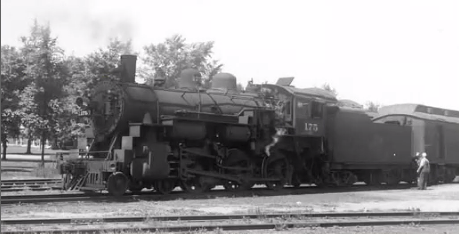 
“Train Robberies in Michigan” was the focus of an event hosted by the Pinckney Community Public Library Wednesday evening.

The presentation was from the Owosso-based Steam Railroading Institute. It’s made up of mostly volunteers and is dedicated to educating the public about steam-era railroading in Michigan and the Great Lakes Region. The Institute is home to the Pere Marquette 1225.

The program highlighted various train robberies and stories were shared ranging from tragic to humorous that detailed criminals who were caught and others who managed to escape with loot.

While they might seem like a thing of the past, it was stated that train robberies and thefts still occur – including one that happened in Chicago in 2017 and involved the theft of guns.

Institute Executive Director Dean Pyers noted not everyone was a violent criminal as sometimes just pickpockets were working through trains. He gave an example of people coming back from a train excursion to a fair in Jackson in which pickpockets found an opportunity to steal coins, a few dollar bills and maybe some fair prizes.

Not all robbery attempts were successful. Pyers said sometimes bandits went as far as trying to derail a train and would either remove rails or pile up ties in an effort to stop the train’s motion or derail it. He says they would then pick through the wreckage and rubble or the fleeing passengers.

Pyers referenced a short wave of the events in 1874 in which Michigan Central Railroad had been hit several times and thought there was a small band of thieves trying to get away with it but crews would stop the trains before they got to the blockage or danger point.

The program concluded with questions from the audience, as well as details about the Institute’s latest project, the Chicago & North Western 175.