Pinckney High Shifting Away From Homecoming "King and Queen" 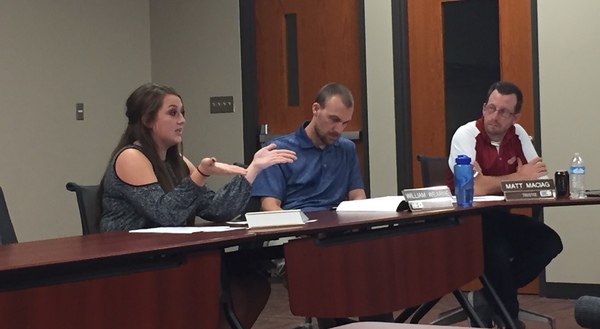 Pinckney High School is bucking a long-standing tradition by replacing a Homecoming “King and Queen” with elected student representatives in hopes of promoting a more inclusive environment.

At a Board of Education meeting Thursday, Student Government President Allie O’Keefe shared with board members the origin of the concept and its ultimate goal. The Pinckney High School student government executive board earlier in the week had met with advisors, high school administration and counselors to discuss what they feel would be a more fair election process.

The new format would consist of students from each class electing five student representatives that are of good character and have a positive outreach in the school and community. From each grade’s chosen five, the nine individuals with the most votes would be on Homecoming Court and the top three will be the winners for each grade. A secondary vote would then be held for the senior class to choose one individual that would be recognized at the homecoming game.

In a letter to district officials, the Pinckney Student Government says they do not believe homecoming elections should be a popularity contest with a trend of choosing popular couples. O’Keefe says they want to make homecoming elections more inclusive overall, noting Student Government attends regional, state and national conferences every year and has noticed that many schools are moving towards a different format to better abide by discrimination policies.

O’Keefe says they want this to be a smooth and positive transition, and is hoping for the community’s support as they work to recognize students who go above and beyond.

Superintendent Rick Todd and other Board of Education members Thursday voiced support for the Student Government’s decision, with Todd adding that the district’s cultural beliefs should be reflected in everything they do. O’Keefe acknowledged that there may be some backlash that comes along with the transition but says, “…there’s no time like the present”. The new election format will be implemented this year, with Pinckney’s Homecoming set for September 29th. (DK)