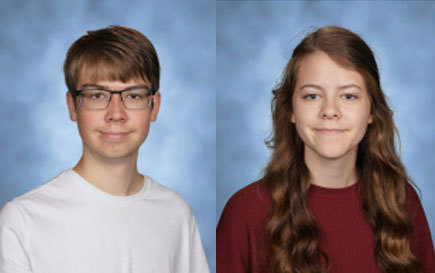 
A pair of students from Pinckney Community High School are being recognized as academic standouts.

PCHS Principal Julia McBride recently announced that senior Anne Ozias has been named a Commended Student while fellow senior Nicholas Benzie has been named a semifinalist in the 2022 National Merit Scholarship Program.

Being a Commended Student means Ozias placed among the top 50,000 students who entered the National Merit Scholarship Program. A spokesperson from the program said that students like Ozias have demonstrated outstanding potential for academic success.

Benzie, meanwhile, will be continuing in the scholarship program where he is one of 16,000 semifinalists competing for one of 7,500 National Merit Scholarships in the spring. His road to this point in the competition began as junior taking the PSAT, which serves as an initial screen of program entrants. The nationwide pool of semifinalists is made up of the highest scoring entrants from each state, representing less than 1% of high school seniors.