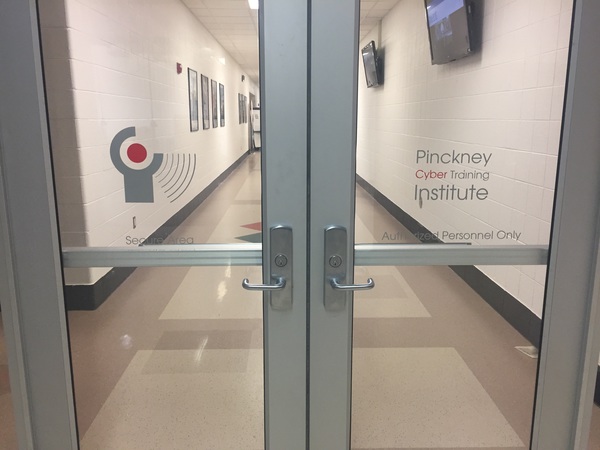 Ten IBM executives will be touring the Pinckney Cyber Training Institute next week as part of an effort to highlight Michigan’s cyber assets.

The Michigan Economic Development Corporation has planned a tour of the state for ten IBM executives next week. Out of all the high schools in Michigan, Pinckney was the one selected to be a part of the IBM tour, which Pinckney’s Director of Secondary Curriculum/CTE/Cyber Security Dr. Jim Darga says is pretty exciting and quite an honor. The purpose of the tour is to show types of high tech training and education students get in Michigan. He says Pinckney was selected because it has a great reputation for providing very high tech opportunities for students in cyber security, robotic, advanced manufacturing.

The tour will feature the CTI and other aspects of the district’s career and technical operation. Darga says the tour will demonstrate the Michigan Cyber Range Hub and the capability of that aspect of their operation, such as how it can be used for training exercises and testing but also development of new products and network testing. Darga tells WHMI it’s connected to other hubs and its part of un-classified private internet so they can run training exercises for the National Guard or IT professionals in a safe environment without risk of anything being hacked.
He says the tour will also showcase robotics with the latest equipment, and how students have been able to network robotics to replicate an industrial environment. He described an autonomous nerf blaster, which is a project students developed on motion sensors in the “Internet of Things” course. Darga said the executives will also see how students configure routers and switches, just as they would in the real world.

The tour will take place next Tuesday, and Pinckney Community High School is the first stop. (JM)