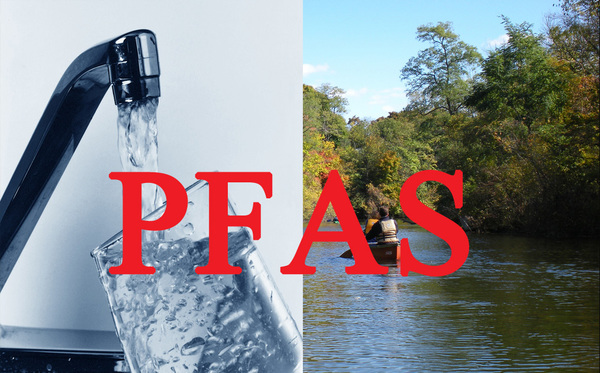 Testing has revealed a very low detection of PFAS chemicals in water supplies at two schools in Pinckney, although officials say there is no cause for alarm.

Another report related to PFAS contamination was delivered during this week’s Livingston County Board of Commissioners meeting. Director of Environmental Health Matt Bolang has been giving bi-weekly reports during meetings to keep the public apprised of the situation surrounding the chemicals. Per-fluoroalkyl and poly-fluoroalkyl substances known as PFAS, are chemicals that have been used in firefighting foam, waterproofing, carpet and hundreds of products, such as those used for cleaning and personal care. The county is working with the Michigan Department of Environmental Quality on testing and sampling. As of Monday, 74 of the 81 drinking water wells to be sampled had been completed, with the rest scheduled to be completed this week. Of the 62 results, Bolang reported all have been “non-detect” for the two main PFAS and PFOS chemicals.

He stated some schools did testing for the chemicals and results revealed very low levels of non-regulated PFAS chemicals, noting there is no health advisory level set for them. Country Elementary and Light of the World Montessori Preschool at Shalom Lutheran Church, which are relatively close to one another, both had low levels of the chemical, which Bolang told the board has no regulatory health standards. Bolang stressed the results were very low and says they have communicated with both schools about next steps, directing both to communicate with those who use the water and then re-sample in the future. He said there is no imminent public health issue at this point, noting they see this with other chemicals in water and will re-sample in the future to make sure levels don’t increase.

Pinckney Superintendent Rick Todd tells WHMI the level is higher than normal, but it does not pose any health risk and they will continue to work with the M-DEQ in monitoring the levels in hope that the levels recede, which they fully expect. A letter was sent home to parents of Country Elementary, which is attached.

No action was deemed necessary from the Board of Commissioners and future reports from Bolang are expected. He encourages the public to visit the state website dedicated to PFAS response, which includes drinking water sampling and fish testing information. That link is provided.

Meanwhile, it was recently reported that nearly half of about 300 Michigan fire departments said they have reserves of firefighting foam containing PFAS chemicals that has the potential to contaminate groundwater. Michigan Fire Marshal Kevin Sehlmeyer said that approximately 32,000 gallons of the foam has been identified across the state from a survey of nearly 700 fire departments. About 400 departments have not yet completed the survey. Sehlmeyer says the state is trying to find ways to dispose of the foam which primarily is used to suppress fires involving combustible liquids, like gasoline. Fire departments are being asked only to use the foam in emergencies and not during training. (JM)