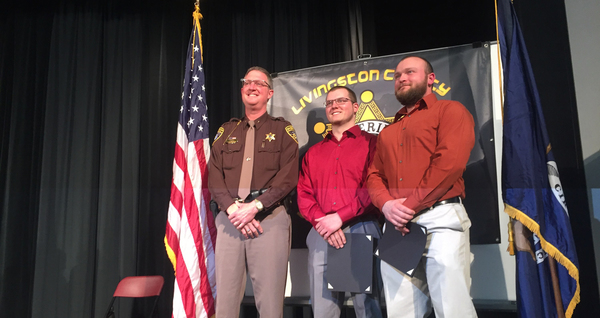 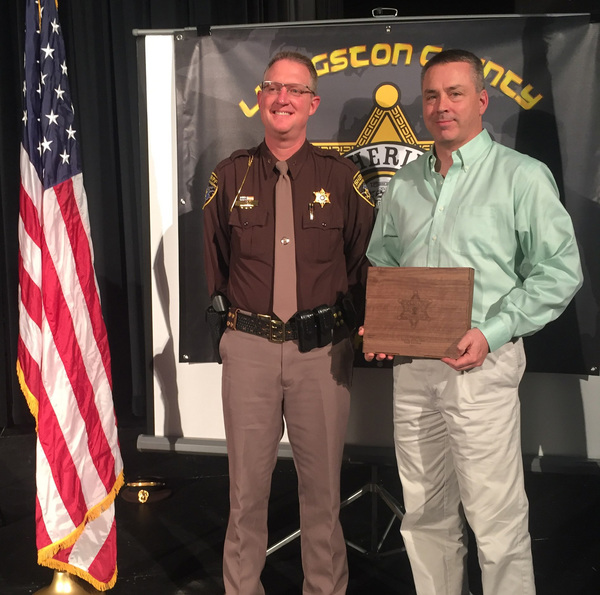 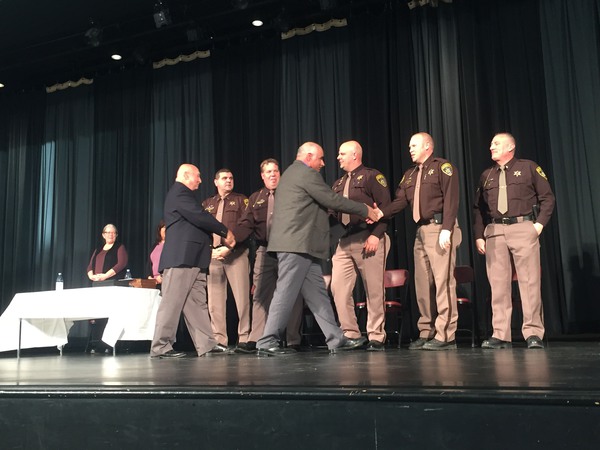 The Livingston County Sheriff’s Office held its annual awards ceremony to recognize those who go the extra mile.

The ceremony was held Wednesday evening at Parker Middle School in Marion Township and attended by friends and family of those being honored, as well as local leaders and officials. Numerous awards were handed out to individuals in various categories, including citations for valor, bravery, life-saving and meritorious service. Sheriff Mike Murphy noted recipients were chosen by a committee of their peers, indicating the committee members are aware of what goes into a day’s work and what it looks like to go above and beyond that. Sgt.

Chris Schmidt (bottom pic) was chosen as the 2017 Officer of the Year. He was nominated by his direct supervisor who says Schmidt leads by example, takes on extra responsibilities and quietly does what’s expected of him and does it well. Schmidt was humbled to have been chosen, though feels the award could have gone to any one of his peers.

Sgt. Kendall Kretzschmer received the life-saving award for his actions regarding an incident in Hartland Township about a year ago. An infant was unresponsive at a residence, but while enroute, responders were informed the mother had already left with the child. Sgt. Kretzschmer was able to locate and stop the vehicle on M-59 and performed CPR on the unresponsive child. When EMS arrived, the baby was breathing and had a pulse, and is said to be doing well today. Kretzschmer responded humbly to the recognition, saying any of his peers in that situation would've taken the same actions.

The good citizenship category honored residents who have taken extraordinary actions to help or protect the community. Among the recipients were Bradley McClements and Adam Wilson (top pic), who are both employed at a local gun range and retailer. The two men contacted the Sheriff’s Office after noticing numerous firearms were purchased by the same person in the span of six months. Undersheriff Jeff Warder couldn’t reveal all of the case details, but fully believes McClements and Wilson helped stop what could’ve been a very serious and devastating situation. Wilson, the store manager, says he enjoyed working with the Sheriff's Office to make a difference in the community that has a little bit more meaning than what he does day to day. Christopher Wagner, Michael Rodriguez and Lauren Arceri were also recognized for good citizenship. The trio helped save a man who suffered a medical episode while driving and drove into a retention pond.

Murphy says he couldn’t be prouder of his staff or to be Livingston County’s Sheriff, adding he’s also grateful for a very supportive community. (DK)