Paving Grand River in Brighton Delayed Until Next Year 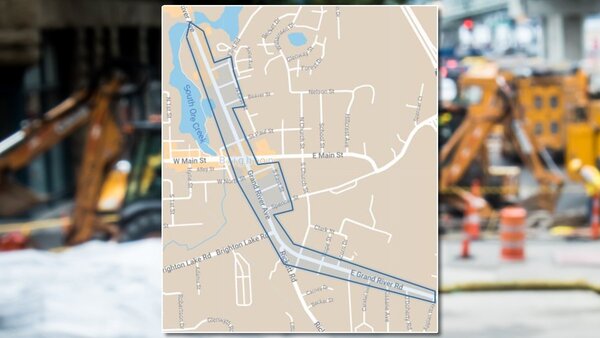 
Motorists in the city of Brighton will have to navigate through some lane shifts beginning Monday, Sept. 19th.

As part of the Grand River Ave. improvement project, the contractor will be replacing concrete curbing as well as installing Americans with Disabilities Act (ADA) ramps at all intersections east of Main Street clear to the city limits at Appian Way.

In a related note, due to MDOT getting such a late start, the paving of Grand River has been delayed until the 2023 construction season. The original plan was for the repaving work to be done by the end of this year, but DPS Director Marcel Goch told City Council at its meeting Thursday night that — given the weather-related uncertainties of the fall season — it would be too risky.

The curbing and ADA ramp work will result in intermittent lane shifts and various sidewalk closures. The effort is part of a nearly $2 million joint project between the city and MDOT to resurface Grand River from Ore Creek - just east of Cross St. - to St. Paul and from North Street to the East city limits. Using federal funding, MDOT is paying for the bulk of the total $1.7 million cost of the project, or $1.4 million, with the city paying the remaining $314,000 as the local share.

The public may sign up for texts or e-mails from the city on construction-related updates and other news by going to www.brightoncity.org/alerts and selecting “general alerts”.