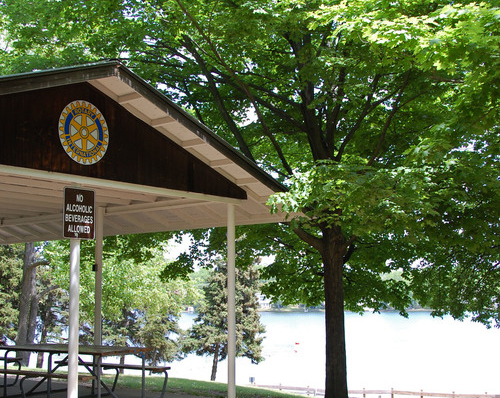 Pavilion rental rates at Howell City Park will remain the same for at least the next fiscal year.

Howell City Council’s discussion about raising the rates began after city staff learned they had not been increased since December of 2015. The hike at that time was by $10 to $15 per session, depending on the facility. City Council resumed their discussion at a recent meeting, taking into consideration the maintenance and cleaning costs associated with the large and small pavilion rentals. While Councilman Bob Ellis noted that the municipality’s fees are currently higher than those of surrounding communities, Councilman Michael Mulvahill said he would not be opposed to raising the rates.

It has been estimated that the cost to maintain the pavilions annually is around $8,219 on average. At the meeting, Howell Public Services Director Ervin Suida said that amount only covers general maintenance of the pavilions like cleaning up after rentals, garbage removal and sweeping. He tells WHMI it does not include the cost of replacing items like grills and picnic tables, or the cost of capital improvements to the structure like painting or new roofing.

Council ultimately voted to keep the rental rates the same for the next year, but did ask present members of the Howell Area Parks & Recreation Authority to consider implementing a security deposit system in order to recover time and materials used for cleaning up the pavilions. The City contracts HAPRA to oversee scheduling and collection fees. HAPRA officials are expected to have discussions about the potential security deposit prior to future consideration of the current rental rates. (DK)