Community Says Thank You And Farewell To Howell Chamber President 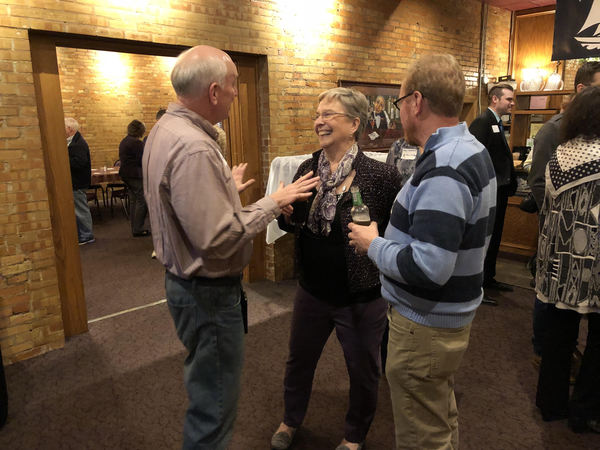 A longtime member of the Howell Area Chamber of Commerce celebrated her many years and upcoming retirement with the community Tuesday.

A “Thank You and Farewell” party was held at Cleary’s Pub for Pat Convery, who is retiring next Friday. Convery became chamber president in 2003 but began her tenure with the chamber in 1990 managing the Michigan Challenge Balloonfest. Since then, she has twice received the Michigan Chamber Professional Award and was recently named Howell’s 2017 Citizen of the Year.

Howell City Manager Shea Charles attended Convery’s retirement party. He says she has been an incredible asset to the community, remaining dedicated through the highs and the lows. Mayor Nick Proctor says Convery has been an institution in Howell and will remain one, adding that she is a pivotal person who helped energize the downtown area. Proctor says even though she will stay engaged, he will "miss the heck out of her."

Convery says she’ll miss the people she’s worked with the most, even though she isn’t moving away from the area she loves. Convery says the community is full of collaborators and get-it-done people, and knows that her successor will bring new excitement and ideas for them to build upon.

Convery says some of her fondest memories are winning the Outstanding Chamber of the Year award in 2016 and watching Balloonfest grow. Looking ahead to retirement, Convery says she intends to make as few or as many plans as she wants. She does however know she wants to swim, travel and spend time with family. As for her own future and the city of Howell’s, Convery says she’s looking forward to what’s on the horizon. (DK)