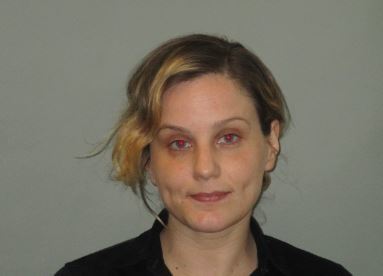 
A White Lake family is alleging that a well-known local therapy center is employing a convicted felon, knowing she uses stolen credentials.

Kim Harden sent her 10-year-old daughter with autism to the Oxford Recovery Center located on Whitmore Lake Road in Brighton for a specialized therapy program. Their daughter began to regress and the family later learned that the woman running the program was a convicted felon and had falsified credentials. Casey Diskin’s online biography states that she started working at the center in March of 2018 and helped launch its Autism Recovery Thru Synergy or ARTS program. She was later named director of the program in November of 2019.

The family then reached out to FOX 2 Detroit, which reported that Diskin has been using the credentials of a Board Certified Behavioral Analyst or BCBA named Kimberly Peck. Peck told the news outlet that this is the third time Diskin has used her certification number and she’s reported it to multiple regulatory bodies in the state as well as other agencies until it came to the point the certification board had to reassign her a new number.

Peck commented further "I think it is unethical at the least, terrifying for people like Ms. Harden as you have seen because people are going to her in desperate situations. Parents are seeking behavioral treatment for their children, trust where they are going - and it can lead to dangerous consequences if people are not properly trained and not using evidence-based, safe practices."

Diskin is alleged to have worked at numerous other health providers focused on autism using the Peck’s certification number and started her own heath care organization, Children’s Alliance of Metro Detroit and billed insurance companies from her home. MDOC records list her name as Kimberly Casey Codendiskin and show past convictions for two cases of identity theft and larceny from a building. She is also listed on the BCBA Board for falsified credentials and/or misrepresentation.

Oxford Recovery Center CEO Tami Peterson told FOX 2 "We are aware of Ms. Diskin's past. As an organization founded by Christians, we believe in forgiveness and redemption." She further denied the allegations as “wrong, demonstrably false or taken out of context”.

A spokeswoman told WHMI the Consumer Protection division of the Michigan Attorney General’s Office has not received any complaints about Oxford Recovery Center. To the extent that parents or others have complained, she indicated those complaints may have been filed with the Department of Licensing and Regulatory Affairs or LARA.

A LARA spokesman told WHMI on Friday that "We can confirm that there is an open investigation but cannot comment further".