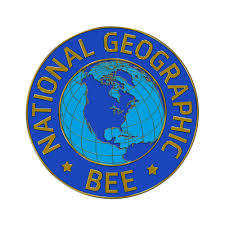 Students at Ore Creek Middle School in Hartland are taking part in an annual competition designed to inspire and reward students' curiosity about the world.

The local school is among thousands in the United States that participate every year in the National Geographic GeoBee using materials prepared by the National Geographic Society. The contest motivates students to learn about the world and how it works by testing students’ knowledge of world geography and its changes throughout history. It features questions covering geography, civilizations, cultures, physical features, and more. There are three levels to the competition - school, state, and national. Schools conduct a GeoBee and name a school champion. The school champion takes a proctored online qualifying test and the top-100-ranked students in each state qualify to represent their school at the state GeoBee competition. State champions are then invited to compete in the national championship. A test is distributed by social studies teachers to determine what students participate, which takes about 15 minutes. The 35 who score the highest are selected for the GeoBee, plus three alternates. Students in grades four through eight are eligible for the competition. The first round is set for Tuesday from 8am to 1pm with 35 students will be taking part in seven rounds.

Ore Creek Middle School has been participating for 17 years now. Social Studies Teacher Gerald Bliznik says it was all started by the persistent urging of a student who transferred into the district. He says that same student ended up in the top 5 in the state in his 8th grade year and out of 17 years, they’ve only had two students who did not advance to the state. Bliznik noted it’s pretty neat to have had someone in the top five in the state because it is difficult and pretty competitive since not only public but private schools and home schooled students are part of it. He added this year is also pretty interesting because the top candidate is a 7th grader who scored 20 out of 20 on the qualifying test - which doesn’t normally happen. Bliznik says the competition wants to help influence kids to not only like geography but fall in love with it – adding there are also considerable cash awards and prizes given out, including $25,000 in scholarship money at the national level.

Students from all 50 states, the District of Columbia, U.S. territories, and the Department of Defense Dependents Schools are participating in the 2019-2020 National Geographic GeoBee. (JM)