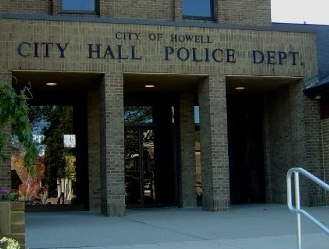 Two ordinances related to transitional and sober living housing in the City of Howell have been introduced.

Ordinance 929 changes zoning ordinance to modify standards for transitional housing uses and adds standards for special accommodation uses. It’s intended to provide a framework for review for uses that are not currently included in zoning ordinance, such as sober living homes. It would also create standards for special accommodation uses, which are for persons entitled to reasonable accommodation under law, such as the Americans with Disabilities Act. The other ordinance introduced, Ordinance 930, is a change to the overall City Code of Ordinances and would create a licensing process for uses approved as transitional housing facilities or sober living homes. The ordinances were introduced during Monday night’s City Council meeting with little discussion.

In July of 2018, the City instituted a moratorium for all special land use requests for un-related persons living together in single family residential districts. The City had received an application for a recovery supportive services home at 304 South Walnut Street targeting individuals recovering from addiction. The application was eventually withdrawn following a large amount of public input that was largely negative from Howell residents but positive from others outside the city. Since the moratorium was instituted, city staff has been working with various attorneys and planning consultants to research the topics and draft two ordinances. The regulations are designed to protect the public health, safety and welfare of residents and provide penalties for violations thereof. A staff memo states the ordinance would not prohibit any use of type of use in any district, nor would it create any unworkable standards for a use that would be an undue burden on an owner, operator or resident.

Community Development Director Tim Schmitt tells WHMI staff was directed by council to develop some standards for group housing situations that aren’t currently addressed in zoning code or the code of ordinances. He says this is the implementation of that regarding fairly specific niche-type uses that the City doesn’t see very often but need to address. Schmitt says it’s a specific type of housing not really addressed in codes and they want make sure those applying have guidelines for how to apply. Schmitt says there are currently no pending applications and they haven’t gotten any requests either. As with any ordinance, he says the next step will be to develop a fee schedule. The ordinances will be up for final adoption at the second City Council meeting in October. (JM)