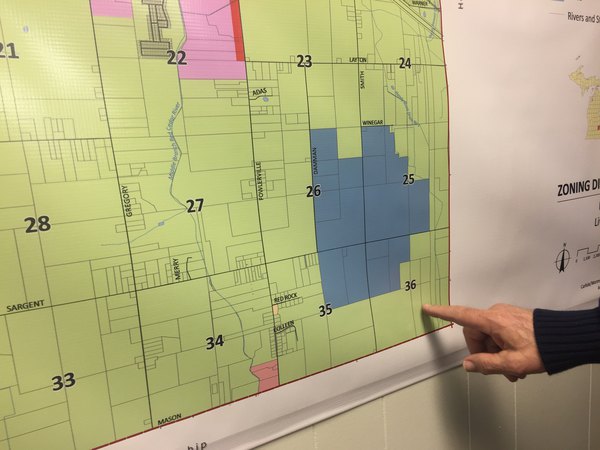 Amendments to Handy Township’s zoning ordinance will allow for the operation and regulation of fuel power generation facilities.

The Board of Trustees met Tuesday and unanimously voted to approve two resolutions related to the operation and regulation of power plants in the township. The first resolution modified zoning ordinance text to include qualified fuel power generation facilities as a special land use. This allows the township to permit and regulate those types of facilities. Trustees then voted to re-zone property north of Mason and Truhn Roads from Agricultural Residential to Research and Development.

The request to re-zone came from Competitive Power Ventures, or CPV, a company interested in constructing a natural, gas-fueled electrical power plant on the parcel. CPV Director John Hafner says a two-year due diligence period comes next, during which time the company will decide if the land is a suitable location for their plant. Hafner says the board’s decision gives the company a template to help plan the project. Moving forward, CPV plans to conduct a number of studies and to reach out to potential customers.

About 60 community members attended the board’s Tuesday meeting at Fowlerville Junior High School. Area residents expressed to trustees their reasons for opposing or supporting the proposed power plant. Supporters say the plant will be a huge investment that will bring jobs to the region. Opponents voiced health, safety and environment-related concerns.

Township Supervisor Ed Alverson says officials have worked really hard to come up with a special use permit that is not only fair to the developer, but “especially fair to residents of the township.” (DK)