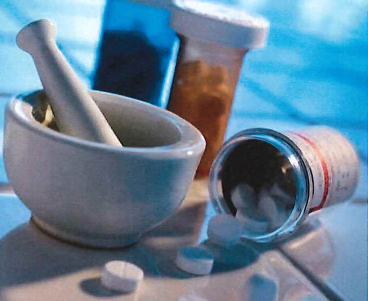 A sub-committee of 3 Livingston County Commissioners held their first meeting to discuss the ongoing fight against opioid abuse.

Commissioners Gary Childs, Kate Lawrence, and Doug Helzerman met for the first time officially as the Opioid Abuse Advisory Committee, Tuesday night. The three have been tasked by Board of Commissioners Chairman Don Parker to look into the pros and cons on potential litigation against pharmaceutical companies for their alleged role in opioid addiction. More than 200 municipalities across the country, including 10 in Michigan are already taking part.

Kasey Helton of Marion Township is a Democratic Commission candidate for District 6. Helton was at the meeting on behalf of Livingston County Democrats to urge the Board of Commissioners to participate in the case.

Parker spoke during the call to the public portion of the meeting to say that this request has been mentioned twice on public record and at the state of county address. Parker, the committee, and County Administrator Ken Hinton all discussed possible courses of action. They came to an agreement that they need to gather stakeholders together discuss what they are doing and if there are ways that multiple entities can work together. They plan on reaching out to a dozen or so entities like the Sheriff’s Department, EMS, the Prosecutor’s Office, Community Mental Health, health care providers and more. Parker, an attorney, noted that if they do get involved, litigation could last years or decades and be very expensive. Childs pointed out a need to determine whether money is best spent on the lawsuit or if they could get better use out of the expenses by keeping it local. The committee will meet with corporate counsel at their next meeting, April 23rd, to help get a better idea on what participating in the lawsuit may cost.

Helton said she generally pleased with the discussion the committee had, though was hoping for more talk around educating the community, especially seniors. She said that yes, a lawsuit will be expensive, but so is not doing anything. (MK)