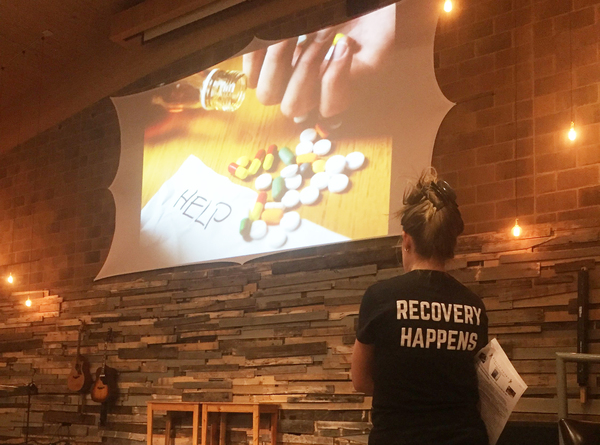 The opioid crisis across the country and locally was discussed at a recent community event; however organizers focused on the efforts in finding a solution.

The Opiate Awareness Forum, presented by the Fowlerville Police Department, drew attention to a variety of contributing factors to opiate abuse as well as what’s being done to mitigate those catalysts. The event was held Thursday at the Fowlerville UB Church.

Law enforcement officials shared their experiences to depict the reality of the situation and to make it clear, as said often by Livingston County Sheriff Mike Murphy, that they cannot arrest their way out of the problem. Recovering addicts also spoke about how they came to become involved with opiates and the road they took to recovery to prove there is hope. That hope for recovery was said to be a huge and encouraging factor for people who are in a bad situation, but want to get better.

Many of the event’s presenters were representatives from local organizations that are working against the opioid problem in a variety of ways and offering options for recovery. Fowlerville Police Chief John Tyler says sharing what is available in the county was a key piece of the event, as it showed those agencies are locking arms with law enforcement and local leaders to become a stronger force against the crisis.

One such leader is State Representative Hank Vaupel, who also shared some thoughts at the forum. Vaupel says the community can't buy their way out of the crisis, nor can legislation be used as an ultimate solution. Vaupel told those in attendance that legislation is really only as good as those who abide by it.

The event’s message was stressed that there is great importance in community awareness and the outreach being done to turn the situation around before it worsens. Chief Tyler says what has changed in recent years is the stigma against addicts and the opioid crisis has become less prevalent. Noting that awareness is one of the biggest pieces of the puzzle, Tyler says “everyone knows it’s a problem now.” (DK)